A former ambassador to Indonesia has been confirmed as Australia's first anti-terrorism coordinator, as the government reveals further details of new counterterrorism laws. 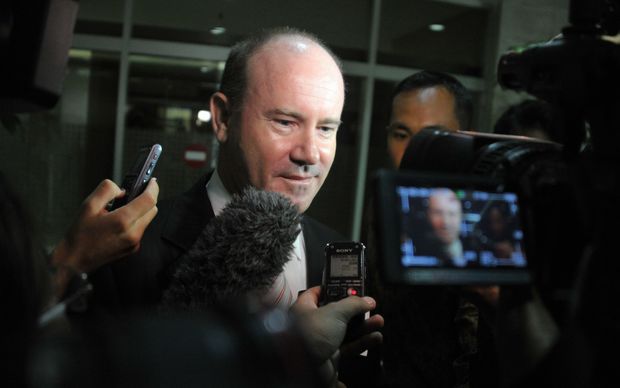 Greg Moriarty spent four years in Jakarta and three years as Australia's ambassador in Iran, and also previously worked as an intelligence analyst.

"Greg Moriarty's role will be to coordinate all of the efforts across government and report to the Prime Minister," Ms Bishop told the ABC.

"There are many different departments, many different agencies, and we want to ensure that there's a completely co-ordinated approach and nothing slips through the cracks," she said.

Ms Bishop also confirmed that as part of the new arrangements, Justice Minister Michael Keenan would be given the newly created portfolio of Minister Assisting the Prime Minister for Counterterrorism.

This week the Government is also expected to detail plans to strip citizenship from those promoting, supporting or taking part in terrorism.

"A number of countries are looking at stripping citizenship: the United Kingdom has done it, Canada and the US are considering it," Ms Bishop said.

"We're looking at this very closely; it's a matter that our national security committee has been considering."

Earlier this year Prime Minister Tony Abbott announced the Coalition would amend the Citizenship Act so that dual nationals could be stripped of their Australian citizenship if they had been promoting, supporting or taking part in terrorism.

The Coalition is looking to expand that plan to include those with sole Australian citizenship.

In a pre-recorded video message, Mr Abbott warned: "Australia faces a growing challenge from foreign fighters and from homegrown terrorists."

"You can be assured that this Government will do everything in our power to protect our people and to stop radicalised and brutalised people from roaming our streets," he said.