Scottish nationalists have called for an end to austerity measures in Britain, warning the new government of the dangers of ignoring the wishes of Scottish voters. 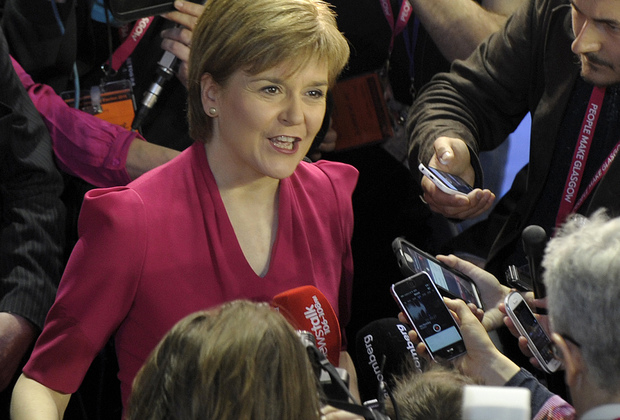 The Scottish National Party (SNP) won 56 of the 59 seats in Scotland in the UK's general election.

But hopes of forming a coalition with the Labour Party were dashed when the main opposition party finished far behind Prime Minister David Cameron's Conservatives.

SNP leader Nicola Sturgeon said Scotland's voice would be heard in Westminster more loudly than ever before.

She said Scottish voters had given the SNP a mandate on a scale unprecedented for any political party in Britain.

"No longer will Scotland be sidelined or ignored in Westminster. Our voice will be heard; our interests will be protected. That is what voting SNP is going to deliver."

Her predecessor, Alex Salmond, also warned that the SNP could not be ignored:

"I think one thing's for clear. The voice that was so clearly enunciated on Thursday from Scotland will not be ignored by Westminster," he said.

"No Westminster government of any complexion - big majority, small majority, whatever - is going to be able to ignore that voice, and we'll make that voice heard loud and clear."

Mr Cameron has pledged to keep the UK together by devolving more powers to Scotland.