The Melbourne Somali community says it is shocked one of its members has died while fighting alongside Islamic State militants in Syria. 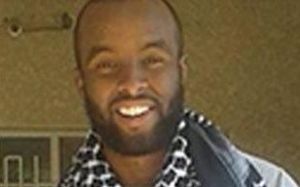 Sharky Jama,25, was reportedly living in the Iraqi city of Fallujah, held by IS militants, but was shot dead in Syria.

The Somali Australian Council of Victoria sid the father of the former Melbourne model received a text message and phone call on Monday to say his son had died.

The Australian department of foreign affairs has not yet confirmed his death.

The council's president Hussein Haraco said no one knew why Mr Jama went to Syria.

"We haven't got any idea what the reason [was], he was just a young man playing soccer and doing other activities and then something happened when he went to Syria.

"It is really shocking for the whole community and we a re really confused."

Hussein Haraco said he had known Mr Jama's family for more than 10 years.