An American federal watchdog is warning that commercial airliners could be hacked in flight by passengers using a plane's wireless entertainment system to get into its flight controls.

A new report from the US Government Accountability Office has identified the risk as one of several emerging cybersecurity weaknesses. 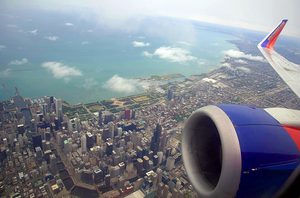 Investigators spoke to cybersecurity experts who said onboard firewalls intended to protect avionics from hackers could be breached if flight control and entertainment systems use the same wiring and routers.

One cybersecurity expert told investigators that "a virus or malware" planted on websites visited by passengers could provide an opportunity for a malicious attack.

"Internet connectivity in the cabin should be considered a direct link between the aircraft and the outside world, which includes potential malicious actors," the report said.

The report said the threat would continue to evolve and the Federal Aviation Administration must act.

"This threat will continue to evolve and it is something that needs to be at the forefront of our thinking," he told a Senate oversight panel.

Lawmakers in Congress called on FAA to act.