The man accused of murdering a high school teacher in the New South Wales Riverina has been remanded in custody after a brief court appearance today. 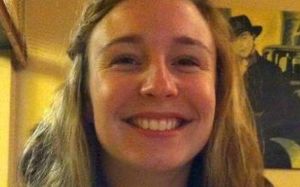 School cleaner Vincent Stanford, 24, has been charged with the murder of teacher Stephanie Scott.

Ms Scott, 26, from Leeton has been missing since Easter Sunday and was due to get married on Saturday.

Stanford did not appear in Griffith Local Court this afternoon, instead he remained in the cells.

His legal representative did not apply for bail on his behalf and Stanford has been remanded in custody to reappear via videolink in June.

Officers have confirmed Ms Scott's car was located "very early this morning" and is now one of two crime scenes identified.

Griffith Local Area Commander, Superintendent Michael Rowan confirmed the car was found on a property at Wamoon, a village in the Leeton Shire.

"I can say her vehicle has been located, it was located at property at Wamoon earlier today," Superintendent Rowan said.

"That is presently being secured as a crime scene and will be processed during the day."

The second crime scene is a residential property at Leeton.

Ms Scott was last seen at the school on Myrtle Street about 11:00am (local time) on Sunday, police said.

She was reported missing on Monday and her family and fiancé described her disappearance as "out of character".

Stanford was arrested yesterday, after he arrived at a home on Maiden Avenue in Leeton where officers had been speaking to two residents.

Police said Stanford had been in the Leeton area for about 13 months.

Neighbours living next to Stanford said he was a quiet, pleasant man.

One said it was a shock to wake and find the house next door had become a crime scene.

He said he only recently saw Stanford, who discussed his heavy workload.

Yesterday, Ms Scott's family had planned to hire a helicopter to join the search. Police said, given the latest developments, the family have now asked for privacy.

Yesterday, Ms Scott's mother said her daughter had been preparing for her wedding to her fiancé Aaron Leeson-Woolley for the past 12 months.

"Everything was pointing towards the wedding," Merrilyn Scott said.