The original manuscript of Don McLean's American Pie has sold for $US1.2m at a New York auction. 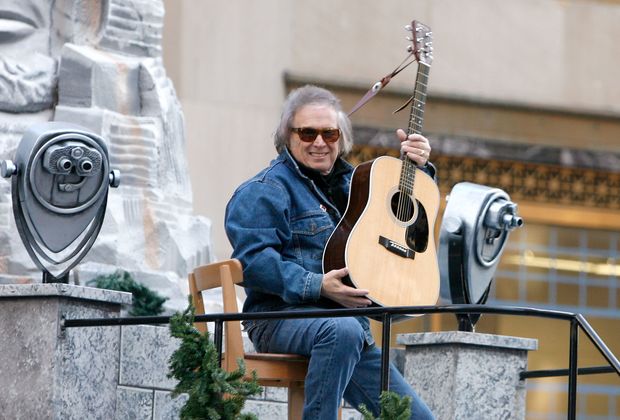 The 16-page draft had been expected to fetch as much as $US1.5m at the Christie's sale.

McLean had hinted in February the original manuscript would reveal the song's lyrical meaning - which had always been kept a mystery.

"The writing and the lyrics will divulge everything there is to divulge," he said.

The 69-year-old previously acknowledged the beginning of the song is about the death of Buddy Holly, Ritchie Valens and the Big Bopper - Jiles P Richardson - in a plane crash, but has remained elusive about the rest of the track.

The mystery has made American Pie one of the most debated songs in music history.

McLean said writing the song was "a mystical trip into his past".

The singer said he decided to sell the manuscript, which includes multiple drafts with handwritten notes and deletions, on a whim.

The eight-minute song was number one in the US for four weeks and reached number two in the British singles chart in 1972.

Madonna also released a version in 2000, topping the charts in many countries including Britain, Canada and Australia.