Former CIA Director David Petraeus has agreed to plead guilty to mishandling classified information, with the retired four-star general admitting to giving eight "black books" full of such data to a military mistress who was writing his biography. 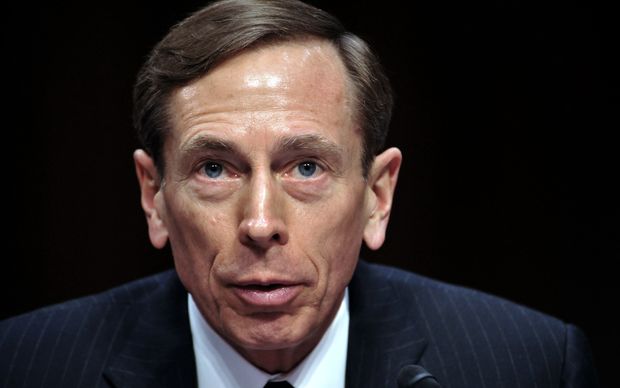 General Petraeus, 62, will plead guilty to a misdemeanor charge of unauthorised removal and retention of classified material under the deal, according to documents filed on Tuesday in federal court in Charlotte, North Carolina.

The plea agreement announced by the Justice Department marked the latest chapter in an astonishing fall from grace for General Petraeus, an intellectual with a Princeton University doctorate and a counter-insurgency expert widely considered one of America's most important military leaders of recent decades.

He served stints as the top US commander in the wars in Iraq and Afghanistan and then as CIA director and was lauded by senior US lawmakers. But his career came crashing down thanks to an extramarital affair with his biographer, former Army Reserve officer Paula Broadwell.

General Petraeus faces a maximum sentence of one year in prison. But under the deal prosecutors and his lawyers are recommending a $US40,000 fine and two years of probation.

He had previously said he did not provide classified information to Ms Broadwell, who was writing his biography, titled "All In: The Education of General David Petraeus", along with another author at the time of the affair.

He then lied to the FBI about it, the court papers said.

General Petraeus holds a senior post at private-equity firm Kohlberg Kravis Roberts (KKR), which said he would stay in his role of chairman of the KKR Global Institute, its economic and geopolitical think tank.

He quit as CIA director under President Barack Obama in November 2012 after the affair was discovered.

The plea deal enabled General Petraeus to avoid a potentially embarrassing criminal trial in which details of his affair promised to figure prominently.

Court documents detailing the plea agreement said that while serving as the top US commander in Afghanistan, General Petraeus maintained 13 by 20 cm notebooks with black covers.

The documents said General Petraeus left the books with Broadwell for about four days before taking them back to his home in Arlington, Virginia.

After resigning from the CIA that November, General Petraeus signed a security form assuring that he did not possess any classified information even though the notebooks were still at his home, the documents stated.

With a search warrant, the FBI in April 2013 went to his home and seized the black books from an unlocked drawer in his first-floor study, the documents said.

The court documents also said General Petraeus lied to FBI investigators in October 2012, shortly before he quit the CIA, by saying he had never given classified information to his mistress.