Police in Denmark have accused two men of aiding the gunman suspected of the weekend attacks in Copenhagen.

Omar El-Hussein, 22, was shot dead by the police after the attacks on a free-speech debate and a synagogue] on Saturday, in which a film director and a Jewish man were killed and five other people injured. 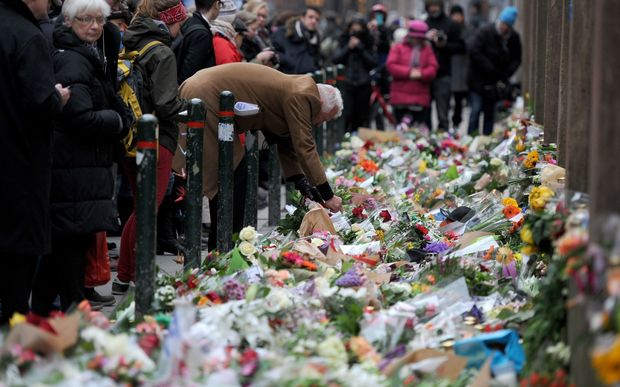 Flowers were laid outside a synagogue where one of the attacks took place. Photo: AFP

Two men have been charged with providing and disposing of the weapon used and helping the gunman to hide.

The two suspects being held by police appeared in a closed custody hearing on Monday. A defence lawyer for one of the men said they denied the charges.

Danish Prime Minister Helle Thorning-Schmidt said the gunman was not a member of a terror cell, according to what the police knew so far. 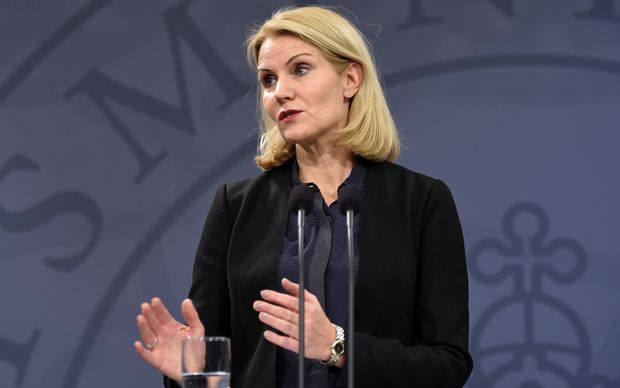 The nation would not tolerate any attempt to threaten or intimidate its freedoms or rights, she vowed.

The national flag flew at half-mast on official buildings across the capital on Monday and floral tributes have been placed by mourners at the site of the two attacks.

Some also put flowers at the place where police shot the suspect dead. One told Danish TV2: "I did it because I am Muslim and because I knew him."

In a separate development, controversial cartoonist Lars Vilks - who believes he was probably a target of one of the attacks - says he has gone into hiding.

Ms Thorning-Schmidt told a news conference the attacker had a criminal record.

"He was known by the police for several criminal acts, including severe violence, and he was also known to be linked to a criminal gang in Copenhagen, " she said.

"But I want to also make very clear that we have no indication at this stage that he was part of a cell."