An Argentine prosecutor has asked a federal judge to investigate President Cristina Fernandez de Kirchner over allegations she helped cover up Iranian links to a deadly 1994 bombing. 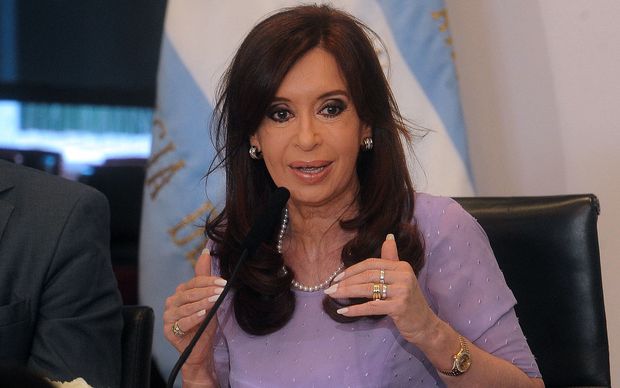 Prosecutor Gerardo Pollicita inherited the case from Alberto Nisman, who was found dead in mysterious circumstances.

The president denies the allegations, with the government calling the probe an "anti-democratic attack".

The BBC reports the attack on a Jewish centre killed 85 people. Iran denies being involved.

The latest prosecutor's move means the judge will have to decide whether to authorise new investigations to prove the president's alleged involvement.

If the prosecutor and the judge agree that there are enough elements to prove Ms Fernandez committed a crime, she could face prosecution and be charged.

Before his death, Mr Nisman had published a report on the attack on the Amia Jewish centre.

He alleged that the president and others had conspired to protect Iranian suspects in the bombing case in exchange for favourable deals on oil and other goods.

Mr Nisman was found shot in the head in January, hours before he was due to give evidence to a congressional committee.

The president suggested he may have been manipulated into killing himself by rogue security agents in an attempt to discredit her.

A document written by Mr Nisman's successor said there was enough evidence to go ahead with the case.

"An investigation will be initiated with an eye toward substantiating... the accusations and whether those responsible can be held criminally responsible," Mr Pollicita wrote.

President Fernandez's cabinet chief, Jorge Capitanich, accused the courts of trying to stage a "judicial coup" by pursuing the investigation.

Anibal Fernandez, a spokesman for the presidency, said moving the case forward was a "clear manoeuvre to destabilise democracy''.