A man wearing black high-heeled shoes and fishnet stockings is wanted by police over an armed robbery at a Melbourne fast food restaurant, the ABC reports. 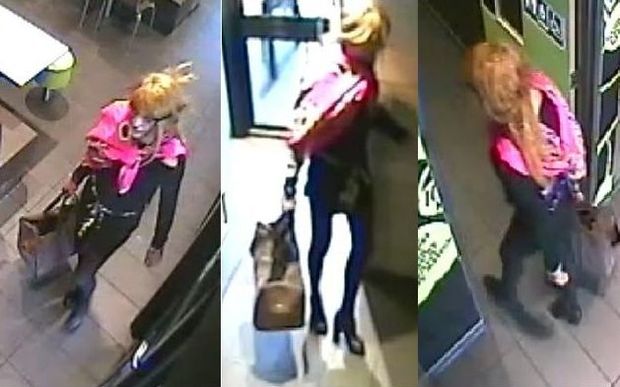 A CCTV image of the robbery in progress. Photo: Victoria Police

Police in Victoria said the man, who was also wearing a pink scarf and a blonde wig at the time, approached staff at the counter of a restaurant on at Laverton North, west of Melbourne on 8 February.

They said he was holding a paper cup, which he claimed contained a detonator for an explosive device.

After demanding and receiving a quantity of cash, the man then fled the store on foot.

The man was also carrying a large brown bag.

Officers said they did not find any explosive devices at the restaurant when they arrived.

Victorian police said the man is of Caucasian appearance, about 183cm tall, of thin build, with a chiselled jaw and heavy stubble on his face.