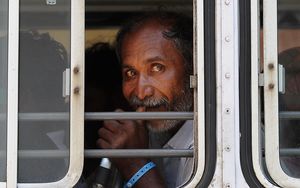 The asylum seekers were picked up and held on a Customs boat for nearly a month last June after leaving a port at Pondicherry in southern India.

They were eventually taken to Nauru after efforts to return them to India failed.

Lawyers for the group argued the detention outside Australia was illegal and at odds with international obligations, and their treatment on the Customs boat was inhumane and cruel.

Asylum seeker advocates were concerned over changes to legislation made late last year that could make it difficult to challenge boat turn-backs and detention at sea in the future.

The changes meant detention powers could not be ruled invalid on the basis of international obligations.

The High Court found the Government acted lawfully and the group was not entitled to damages.