More than forty labour and human rights groups have urged Thailand to end a project to recruit prisoners to work on fishing boats. 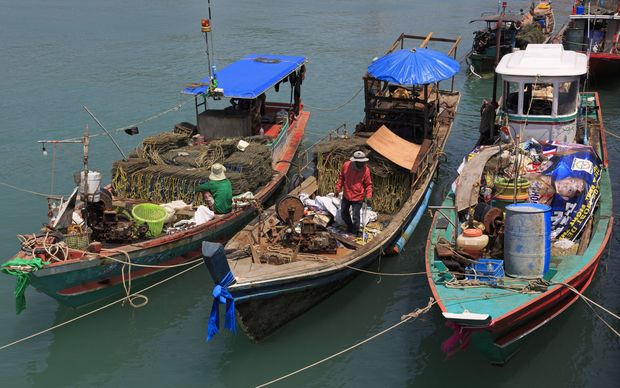 In a letter to Prime Minister Prayuth Chan-ocha they said the project would not address the problems in the fishing industry and posed a serious threat to prisoners' rights.

Its fishing industry had been suffering from a labour shortage.

More than 300,000 people work in the industry. Many are illegal migrants from neighbouring countries who are often subject to ill-treatment.

The lack of manpower has fuelled human trafficking.

"Simply replacing vulnerable migrant workers with released prisoners will not solve the abusive working conditions and many other problems present in the Thai fishing industry," the letter said.

Last December the Thai labour ministry announced it would send consenting prisoners who had less than a year of their sentence left to go and work on fishing boats.

This week the ministry added it was not sending current inmates to sea but that a pilot scheme was intended to help ex-prisoners find work, while also addressing the labour shortage and fighting human trafficking.

As a result, more than 170 prisoners were now working on fishing boats in Samut Sakhon province west of Bangkok, it added.

The warning by rights groups comes as Thailand is trying to boost its record in fighting human trafficking ahead of a US deadline to show improvement.

In its annual report on human trafficking last June, the US state department downgraded Thailand to the lowest status for not fully complying with minimum standards for its elimination.

Prime Minister, Gen Prayuth Chan-ocha, acknowledged the complicity of some Thai authorities in smuggling people and forcing them to work in the fishing industry.