Xbox and PlayStation online services have been suffering technical problems, amid claims a hacking group has disabled their services. 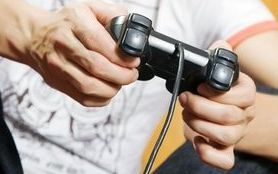 Microsoft and Sony - the companies which make the games consoles - have told customers they were aware of issues affecting their online services.

A hacking group called Lizard Squad is claiming to have caused the problems, the BBC reported.

Microsoft and Sony have not commented on the claim, but both said they were fixing the issues.

A message on Xbox's website said: "We're aware that some of you are experiencing trouble signing in to Xbox Live, and we want you to know we're working to address this as quickly as we possibly can.

"In the meantime, we encourage you to keep trying. Thanks for sticking in there while we work. We'll have an update on this issue in a half hour."