The Plain English Foundation has released its annual list of the year's worst words and phrases, with 2014 particularly rich in euphemism and spin. 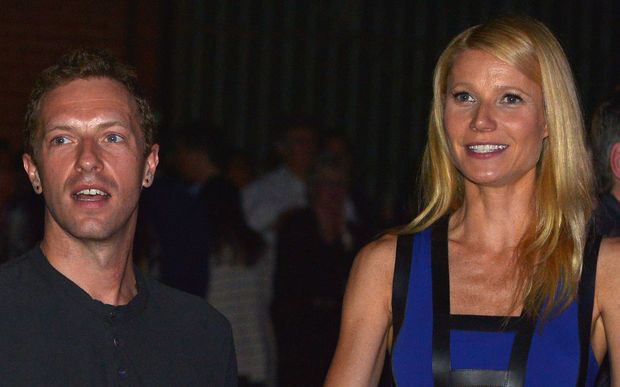 This year the phrase "conscious uncoupling", used by Gwyneth Paltrow and Chris Martin when they announced their separation, topped the list.

The foundation publishes the list to highlight the importance of clear and ethical public language.

Winners are decided by staff votes, chosen from a shortlist of doublespeak, buzzwords and "fancy pants" language, the ABC reports.

Gwyneth Paltrow and her husband Chris Martin did not decide to separate. Instead, they experienced a conscious uncoupling.

Microsoft emailed its employees to explain that the company's "device strategy must reflect Microsoft's strategy and must be accomplished within an appropriate financial envelope. Therefore, we plan to make some changes". Finally, in the eleventh paragraph, the email got to the point: 12,500 Microsoft employees were going to lose their jobs.

When a recent Qantas flight was delayed by an hour, the explanation was as baffling as it was frustrating for passengers. There had been a "pavement failure"; a pothole on a runway had to be filled-in before the plane could take off. 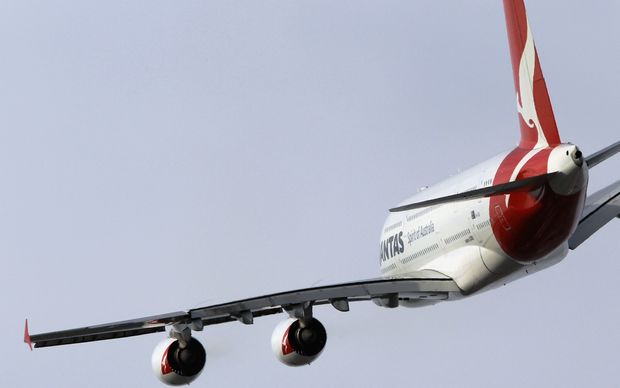 A Qantas A380 aircraft. Photo: AAP

Residents of Morwell, Victoria, were left breathing foul-smelling smoke for over two weeks due to a month-long fire, which was described as an "open cut event" in a nearby mine. "Inversion condition" led to a "reversion" in air quality, while firefighters struggled to bring the fire "to its totality".

14 million vehicles were recalled this year because their Takata airbags had an unfortunate tendency towards "rapid disassembly". In plain English, that means some of them exploded.

"High-value targeting" is a more pleasant way to describe killing an enemy of importance. This term hit the news in December when WikiLeaks released a CIA report on the practice. This came in the same month a US Senate Intelligence Committee report highlighted the use of "enhanced interrogation techniques".

Non-apology of the year: The physical result of a bite

Uruguayan footballer Luis Suarez issued a non-apology for biting his Italian rival in a World Cup soccer game: "The truth is that my colleague Giorgio Chiellini suffered the physical result of a bite in the collision he suffered with me." 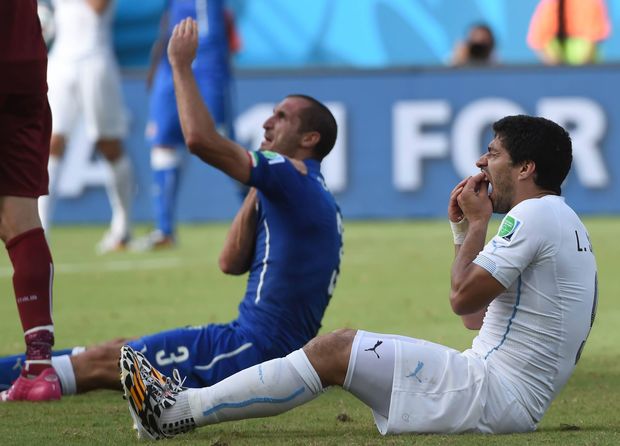 Silly sign of the year: Potential for dangerous aquatic organisms

Gold Coast City Council erected some helpful warning signs about the "potential for dangerous aquatic organisms". According to Daryl McPhee of Bond University, this means the waterways could be "physically penetrate" by bull sharks. Luckily, the sign included a picture.

An awkward mangling of the words collaboration and competition - not to be confused with its close cousin, "co-opetition" which describes businesses working with their competitors, to everyone's advantage. Neither case is supposed to be confused with "collusion".

Selfies are so 2013. This year it's all about the "couplie" (a self-portrait with your significant other).

Marketing buzzword of the year: Normcore

Normcore is a fashion term that describes wearing unpretentious, plain, average-looking clothing. Like normal clothing but more fashionable. Apparently normcore seeks the freedom that comes with non-exclusivity. It finds liberation in being nothing special, and realises that adaptability leads to belonging.

Mixed metaphor of the year:

"Let's fix our roof while the sun is shining because we're on a course to hit the rocks and we have to fix it." The Australian National Commission of Audit member Amanda Vanstone clarified Australia's "budget emergency".

Grammatical error of the year: Sorry for any incontinence caused

An East London Tesco store made the news last July when its management posted an unusual apology for its broken freezers: "We are trying to get this problem fix as soon as possible and are really sorry for any incontinence caused, Management."