A retired British couple renovating a building in southwest France have found a hoard of gold from the 1590s - and it looks like they will get to keep it. 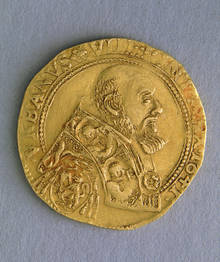 Jenny Whetton said her husband was clearing rotten mortar from the brick walls when he touched what felt like a dead rat.

It turned out to be a silk purse with 45 gold coins.

The coins are Spanish in origin with three bearing dates in the 1590s.

At the time, Catholics and Protestants were fighting in the French Wars of Religion (1562-98) and, especially in the southwest, the Spanish were also trying to influence events.

The couple are entitled to keep the gold because it was found in a wall rather than buried in the earth, which might have meant the state was entitled to a share, the BBC reported.

The hoard is yet to be valued but the couple plan to use the proceeds to pay for the renovation.