One of only six northern white rhinoceroses left on Earth has died at a Californian zoo, bringing the species closer to extinction.

The San Diego Zoo Safari Park said the male rhino, Angalifu, was about 44.

The world's only known remaining northern white rhinos are now an elderly female still at the safari park, one at a zoo in Europe and three in Africa. None of those remaining are reproductive. 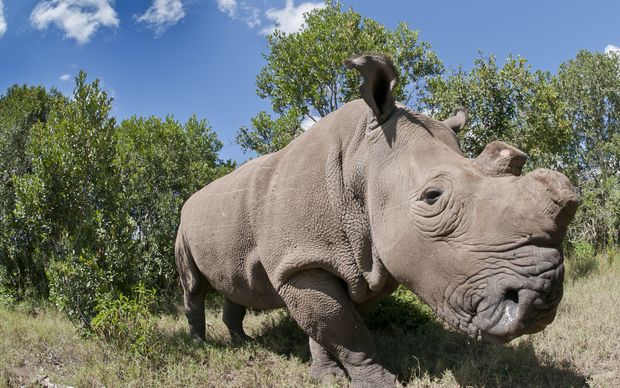 The zoo said northern white rhinos have been nearly eliminated in the wild because of poaching in Africa. They are killed for their horns, which some people believe have medicinal value.

Randy Rieches, curator of mammals for the zoo, said there are only about 30,000 rhinos of all types left in the world, and a rhino is killed by poachers every eight hours.

Semen and testicular tissue from Angalifu have been stored in the hope new reproductive technologies will allow recovery of the species.