A 53-year-old man attempting to become the first person to paddle from Australia to New Zealand solo and unassisted has been forced to give up - less than a day into it. 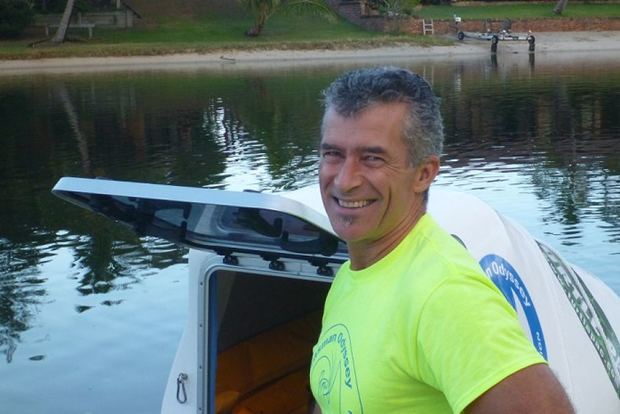 He contacted his wife this morning to say he was aborting the attempt and paddling towards Coffs Harbour, 12 hours after setting off.

It was understood the adventurer's homemade kayak developed steering problems.

Mr Cleary had expected the trip to take about 60 days.

He had spent almost four years preparing for the crossing, since watching the 2007 attempt by Australian adventurer Andrew McAuley, who died within sight of the Fiordland coast, the ABC reports.

Earlier this year, a New Zealand man had to be winched to safety off Taranaki just kilometres from finishing his attempt to become the first solo kayaker to cross the Tasman.

Mr Cleary accepted he may endanger the lives of others if he needed rescuing.

"I don't want to put anybody in that sort of position. I don't want to have to set off the EPIRB (distress beacon) but you have got to be realistic, there is always that possibility," he said.

Mr Cleary's attempt was in a homemade kayak, which had a cabin for sleeping and satellite tracking so his supporters could monitor progress.

"My kayak has a lot of protection and it's really well balanced. It's homemade which makes it heavy and slow but apart from that it's really safe. I have been out in some really wild weather and the kayak performed really, really well. Most of the attempts people have hit fairly nasty weather and just turned around and come back in the same day, or within a couple of days, or they have had technical issues," he said.

Mr Cleary had enough food to last 75 days and had planned to use a desalinator to convert sea water into drinking water.