Large crowds in Germany have been paying their final respects to a young woman who was killed defending two girls from harassment. 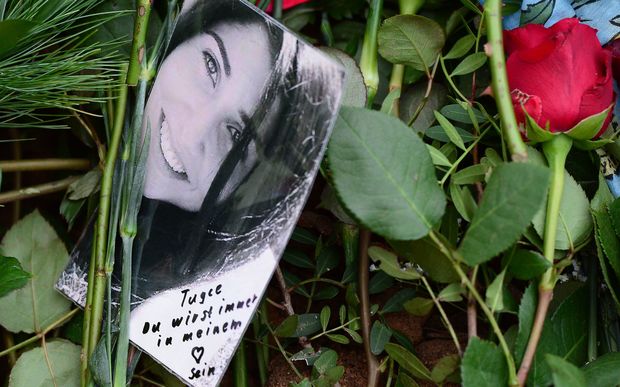 Tugce Albayrak died last week after she was hit on the head and left in a coma outside a McDonald's near Frankfurt.

Hundreds of mourners yesterday attended a service at a local mosque before she was due to be buried in her home town, the BBC reported.

An 18-year-old remained in custody over the 15 November attack, which shocked Germany.

The Turkish ambassador was also due to take part in the service.

Mr Bouffier spoke of the "horror" of the attack that had made her death all the sadder.

The funeral procession then set off for a cemetery in the village of Bad Soden-Salmuenster, where Tugce Albayrak was born.

Ms Albayrak intervened when she heard cries for help from the toilet of a fast food restaurant in the town of Offenbach, where two girls were being harassed, German media report.

She was left in a coma after one of the men returned and attacked her in the car park.

Bild newspaper published CCTV footage of the incident this week.

A man was seen trying to restrain the suspect, named only as Senal M, before he throws the fatal punch which leaves Ms Albayrak lying flat on the ground, motionless among a group of people.

The student teacher was in a coma for two weeks before doctors said that she would never regain consciousness and was brain dead.

Her parents switched off her life support on her 23rd birthday.

Prosecutors said initial post mortem examination results established she had died from blunt force to the head, but were unable to say whether she had been struck on the head or hit her head as she fell. 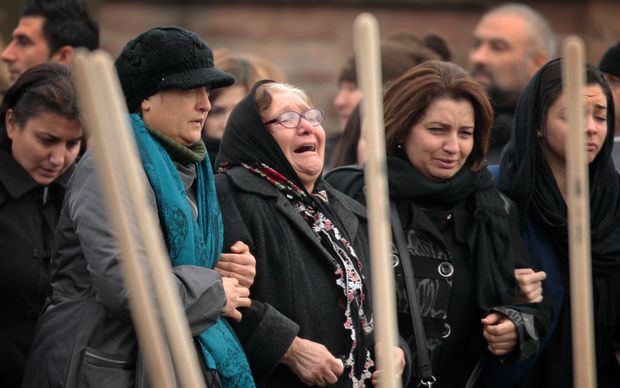 Ms Albayrak's actions have been praised by Germany's President Joachim Gauck who called her a role model and said that she had shown "exemplary courage and moral fortitude".

A petition calling for Ms Albayrak, an ethnic Turk, to be awarded the national order for merit posthumously has gathered more than 100,000 signatures.

Confirming he would consider the award, President Gauck wrote to her family to say: "Like countless citizens, I am shocked and appalled by this terrible act. Tugce has earned gratitude and respect from us all."