A nine-man Volvo Ocean Race crew were forced to abandon their boat today after it was badly damaged when it became grounded on a reef in the middle of the Indian Ocean. 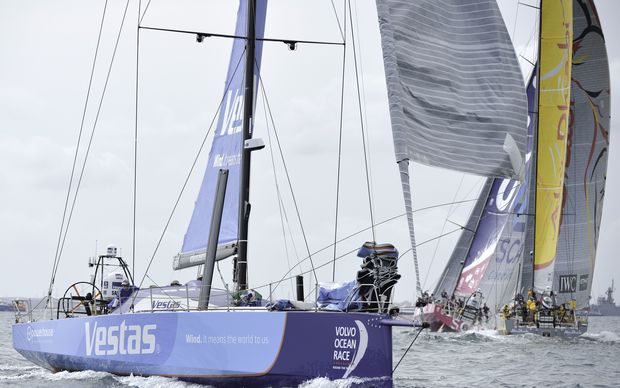 Team Vestas Wind at the start of the race. Photo: AFP

Danish entry Team Vestas Wind, whose crew includes New Zealanders Tony Rae and Rob Salthouse, was running in fourth place in the leg between Cape Town and Abu Dhabi when the collision happened, 430 km to the north-east of Mauritius.

Reuters reports the incident occurred in a part of the Indian Ocean known for being well populated by sharks.

The crew waded knee deep through the waves in darkness, to a rock which provided them a dry place to shelter.

A small boat from the nearby coastguard then picked them up just after daybreak and took them to the tiny islet where they rested after their ordeal.

Five people have lost their lives taking part in the race since it started in 1973.