World oil prices have plunged to their lowest level since August 2010 after OPEC's announcement that it would not cut oil output to shore up prices.

The cost of Brent crude fell below $US72 a barrel after the 12 OPEC members decided to maintain production at 30 million barrels a day after a five-hour meeting in Vienna. 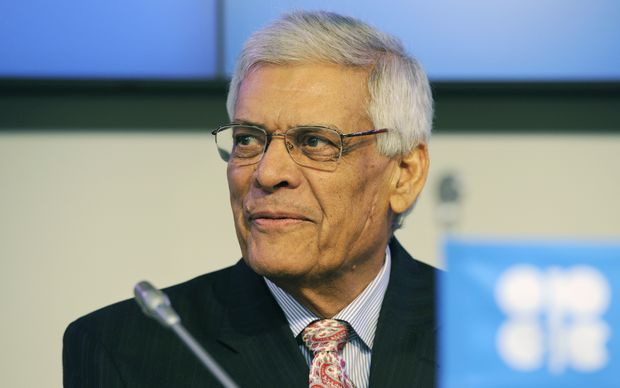 Shortly afterwards, world oil prices plunged to their lowest level for four years, with the benchmark price of Brent crude oil falling more than US$6 to US$71.25 per barrel.

OPEC Secretary-General Abdallah Salem el-Badri said the cartel would not try to shore up prices by reducing production, the BBC reports.

"There's a price decline. That does not mean that we should really rush and do something," he said.

"We don't want to panic. I mean it ... We want to see the market, how the market behaves, because the decline of the price does not reflect a fundamental change."

Crude oil prices have fallen 30 percent since June on sluggish global demand and rising production from the US.

The fall in the oil price has been causing concern for several members of OPEC, as most of them require a price above $80 a barrel to balance their government budgets and many need prices to be above $100 a barrel.

But Saudi Arabia has blocked calls from poorer members for production cuts to arrest a slide in global prices despite huge global oversupply.

OPEC's decision marks a major shift away from its long-standing policy of defending prices.

Global Insight energy expert Simon Wardell said Saudi Arabia and the Gulf states could resist low prices for a while.

"They have significant financial assets that mean they can sustain a lower oil price," he said.

"They can secure their budgets without a higher oil price."

Saudi Arabia is the largest producer within OPEC, which accounts for about a third of the world's oil sales.