Talks on Iran's nuclear programme are entering a crucial weekend in Vienna but there is no sign of a breakthrough as Monday's deadline looms. 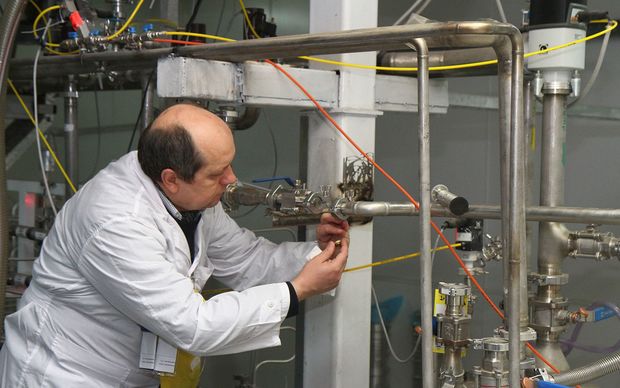 An International Atomic Energy Agency inspector at a nuclear power plant of Natanz in January this year. Photo: AFP

The BBC reports that the US admitted that "serious gaps do remain".

But Secretary of State John Kerry did cancel plans to leave Austria, and held further talks with his Iranian counterpart Javad Zarif late on Friday.

Six world powers want Iran to curb its nuclear programme in return for the lifting of UN sanctions.

The US, the UK, France, Germany, Russia and China want Iran to demonstrate it is not seeking to build nuclear weapons, in the face of protestations by Tehran that its programme is purely energy-related.

"We are running against the clock," said White House spokesman Eric Schultz.

"Obviously, the deadline is Monday, and our folks there (in Vienna) are working furiously to meet it. Serious gaps do remain."

After meeting Mr Kerry on Friday evening, Mr Zarif said he heard "no new ideas" and had received "no remarkable proposals to take to Tehran".

The aim is to turn an interim accord reached with Tehran a year ago into a lasting agreement. Iran has been resisting efforts to scale back its nuclear programme for nearly a decade.