Police in northern India say they have arrested a religious guru whose supporters had been engaged in two days of battles with the police, resulting in at least six deaths. 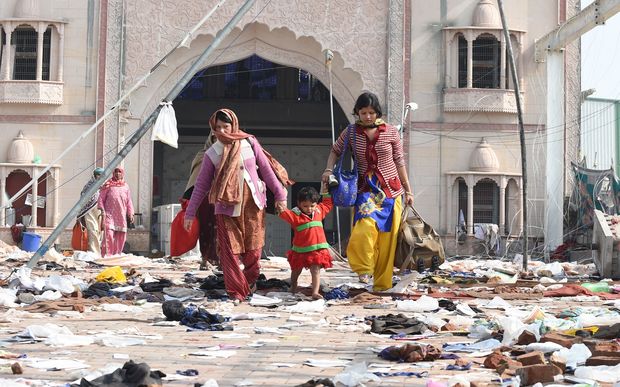 Police in Haryana state had been trying to arrest the guru, Rampal Maharaj, in connection with a murder case and he had now been taken to the state capital, the BBC reported.

They said bodies of four women and a child were found at the ashram of the controversial guru following clashes between his supporters and the security forces.

Their cause of death was being investigated.

Police tried to storm the complex in northern Haryana state earlier this week and nearly 200 people were injured.

The self-styled guru, known as Rampal, was wanted in connection with a 2006 murder case and for contempt of court.

A week-long stand-off at the Satlok Ashram - some 170km north-east of Delhi - escalated on Tuesday as police moved in to arrest Rampal.

Police fired tear gas and used bulldozers to try to break into the sprawling complex, while ashram members threw stones and other missiles and opened fire. 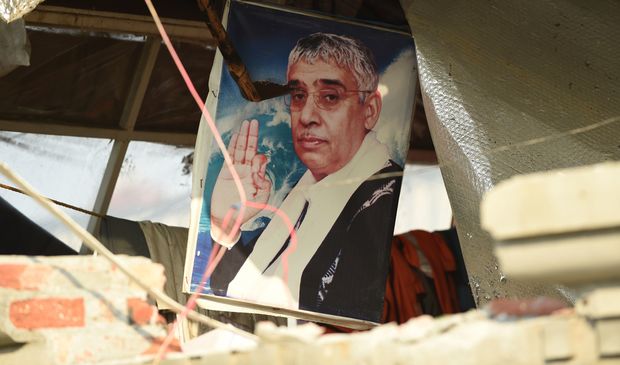 A portrait of self-styled Indian ''godman' 'Rampal Maharaj is pictured on a damaged wall near the main entrance of his ashram in Hisar. Photo: AFP

Police said the bodies of those brought out of the ashram did not "bear any injuries".

"We don't know when the deaths [of the four woman and the child] occurred and it is not clear how they died.

A fifth woman, aged 20, who came out of the ashram earlier this week in a "serious condition" had died in a local hospital, he said, adding that she had been undergoing treatment for a heart condition.