Fifa has lodged a criminal complaint against unidentified people over the bidding for the 2018 and 2022 World Cups. 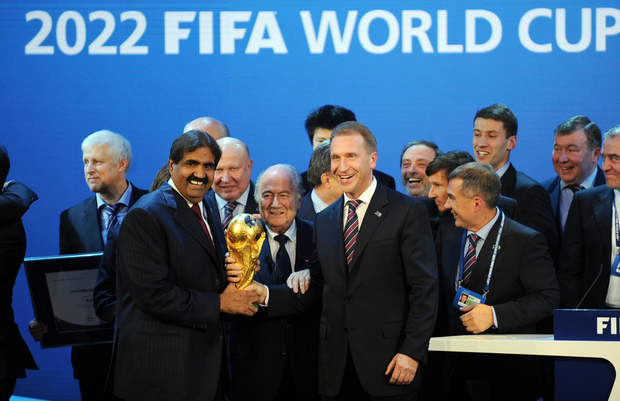 The action marks the first time world soccer's governing body has sought to involve law enforcement in connection with its own 18-month-long investigation into the bids.

The probe concluded last week with an announcement it had found no reason to overturn the decisions to hold the cup in Russia in 2018 and in Qatar in 2022.

In a statement, FIFA said its investigation had determined that some individuals - it did not say who - may have broken unspecified laws in Switzerland, where the body is based.

"In particular, there seem to be grounds for suspicion that, in isolated cases, international transfers of assets with connections to Switzerland took place, which merit examination by the criminal prosecution authorities," it said. It gave no further details about those transactions.

The Swiss attorney general's office confirmed it had received a complaint submitted by FIFA, but was not immediately able to comment further. Reuters reported the Swiss attorney general will typically open an investigation in response to a notification of suspected criminal activity, and can then decide whether to prosecute or close the investigation.

The bidding for the 2018 and 2022 cups drew complaint from the moment the two decisions were announced on the same day in 2010. Qatar's successful bid in particular was criticised in Europe, particularly because of the extreme temperatures in the Gulf state during the summer when the Cup is usually held.

Qatar and Russia deny any wrongdoing and say campaigns to discredit their bids are motivated by rival countries bitter at the failure of their own bids.

Fifa's investigation into the bidding process has loomed over international soccer, especially in Europe, where officials have talked publicly about quitting a global body that earns billions of dollars in revenue from selling broadcast and sponsorship rights to the world's most popular sporting event.

It looked at losing bids as well as winning bids, and at the behaviour of countless international soccer officials.

Fifa's announcement last week that cleared Qatar and Russia of wrongdoing was undermined when Michael Garcia, the former US prosecutor that led the governing body's own investigation, announced hours later that he disputed its summary of his findings.

A number of European officials have called on Fifa to publish Mr Garcia's full report. Fifa said on Tuesday it was turning over the unpublished report to the Swiss authorities but defended its decision not to release it to the public.