The absence of the 31-year-old dictator from public view had fuelled speculation that he was ill, or even that he had been deposed. 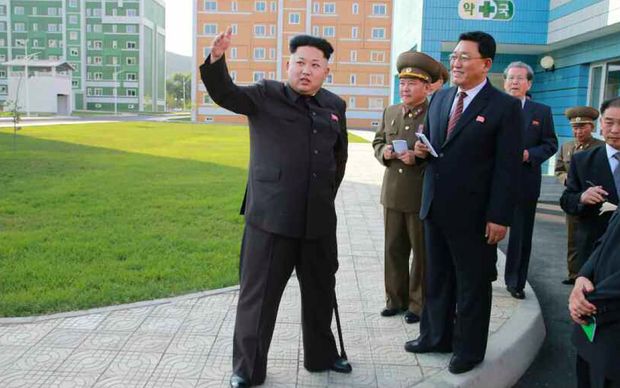 The Rodong Sinmun daily newspaper carried several photographs of him using a walking stick as he inspected the site.

The absence of the 32-year-old leader has prompted a flurry of speculation about his health. Some have even questioned if he remains in control of the secretive communist state, the BBC reports.

Mr Kim has visibly gained weight since coming to power in December 2011 and had been seen walking with a limp since an event with officials in July.

He became leader of the party, state and army after the death of his father, Kim Jong-il. In 2012 he was appointed marshal - the highest military rank - following a high-level military reshuffle.

In December 2013, Mr Kim purged and executed his uncle, Chang Song-thaek, who state media said had been plotting a coup.