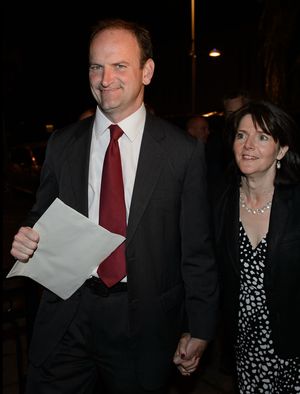 In the English seaside town of Clacton-on-Sea, UKIP candidate Douglas Carswell won 21,113 votes or 60 percent of the vote, giving him a majority of 12,404.

Carswell, formerly the sitting parliamentarian from Prime Minister David Cameron's Conservative party, had triggered the by-election by defecting to UKIP.

UKIP's success highlighted the threat it poses to Mr Cameron seven months before a national election and its ability to split the mainstream Conservative party's vote casting a cloud over its re-election prospects next year.

Meanwhile, Britain's opposition Labour party has narrowly retained a parliamentary seat in Heywood and Middleton in its traditional heartland in northern England, where UKIP came a close second.

The Conservatives came a distant third.