The family of British hostage Alan Henning say they are "numb with grief" after his murder by Islamic State (IS). 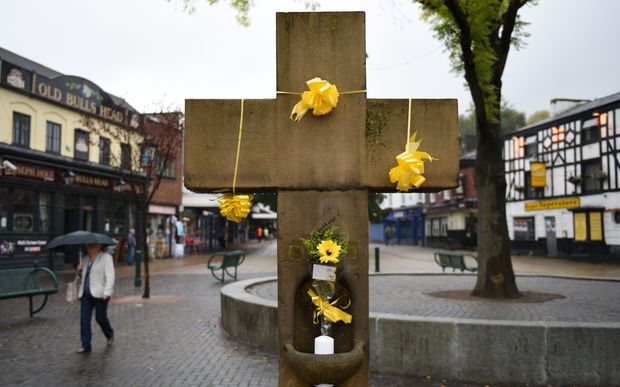 Floral tributes have been left for the murdered volunteer in his home town of Eccles, Salford Photo: AFP

His widow Barbara and their children said they were "extremely proud" of the 47-year-old, who had been delivering aid to Syria when he was kidnapped, the BBC reported.

They thanked the government for its support although Mr Henning's brother-in-law had earlier suggested more could have been done to secure his release.

Mrs Henning's brother, Colin Livesey, described the killers as "scum" and said the family had lost a "great person".

Prime Minister David Cameron, meanwhile, described the murder as "completely unforgivable" and vowed the UK would do all it could to find those responsible.

Mr Henning was on his fourth aid mission to Syria in December when he was kidnapped minutes after arriving in the country.

The statement from the Henning family said: "Alan was a decent, caring human being. His interest was in the welfare of others. He will be remembered for this and we as a family are extremely proud of him and what he achieved and the people he helped."

Mrs Henning and the couple's children, Lucy and Adam, also thanked those who campaigned for Mr Henning's release, saying: "Your efforts were a great support to us, and we take comfort in knowing how many people stood beside us in hoping for the best." 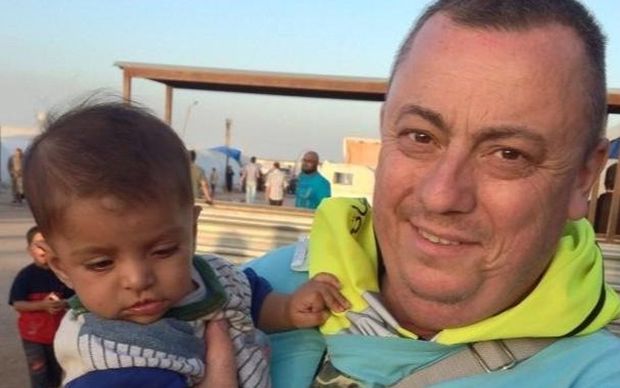 Alan Henning holding a child in a refugee camp on the Turkish-Syrian border. Photo: AFP

Earlier, Mr Livesey - Mrs Henning's brother - said he was devastated for the family.

"We're all just saddened knowing that we've lost a great person in our family," he said.

Regarding Mr Henning's killers, Mr Livesey said: "I just hope and pray they get what's coming to them. I've just so much hatred for them."

He said the government could have done more for Mr Henning in captivity, "when they knew about it, months and months ago".

Speaking following a briefing from defence and intelligence officials, including the head of MI5, Mr Cameron said the murder was "absolutely abhorrent".

"Anyone in any doubt about this organisation can now see how truly repulsive and barbaric it is," he said.

A Downing Street spokesperson added: "Isil's brutality will not persuade us to change our approach.

"Indeed, the senseless murder of an innocent man only reinforces our resolve to defeat this terrorist organisation and to eradicate the threat they pose to Britons - whether those in the region or here on the streets of the UK."

In the most recent video published by IS, the extremist group sometimes known as Isil or Isis, threatens another aid worker - American Peter Kassig.

Calling their 26-year-old son Peter by the name he now uses, Abdul-Rahman, Ed and Paula Kassig say they are proud of him and his aid work.

Speaking to the camera Mr Kassig explained that his son converted to Islam and founded an aid organisation to help the Syrian people.

BBC security correspondent Gordon Corera said the footage of Mr Henning included a reference to last week's vote by Parliament to authorise air strikes against the militants in Iraq.

As in previous IS videos, it features a jihadist who, from his accent, appears to be from Britain.

Mr Cameron said "all the assets" the government had would be used to try to find and help remaining hostages. 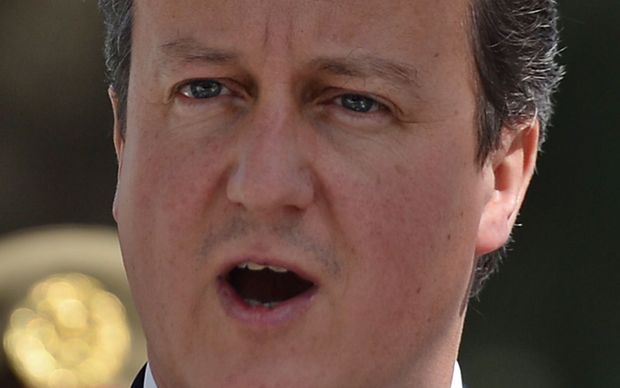 It shows a British IS fighter, without his face covered, delivering a further message.

Kasim Jameel, the leader of the aid convoy Mr Henning was part of when he was taken, said he had believed his friend would be released and told the BBC he was "distraught" by his death.

"The captors knew that he was just an aid worker," he said. "This was just a game for them. They knew what Alan was about. I thought getting to know Alan for such a long time they would release him."

He said he hoped to set up a charity in Mr Henning's memory so "he is not forgotten".