The Duke and Duchess of Cambridge have started legal action against a photographer amid reports that he tried to take a picture of Prince George in a London park. 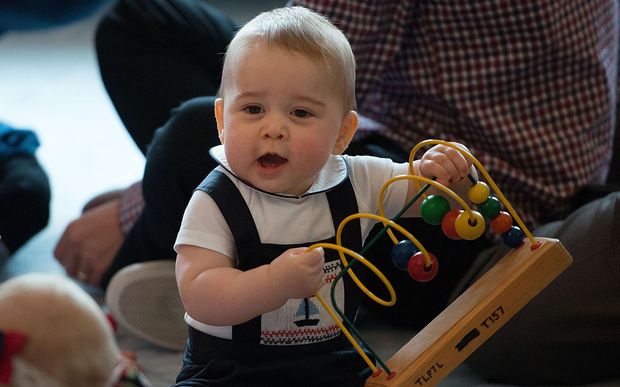 Prince George in April 2014 during the royal visit to New Zealand. Photo: POOL

A spokesperson for the couple says Prince William and wife Catherine are taking legal steps to ask the individual to "cease harassing and following Prince George and his nanny as they go about their ordinary daily lives".

"An incident last week has prompted their royal highnesses to seek reasonable assurances from the individual about his behaviour. The individual was spotted at a central London park in the vicinity of Prince George, who was removed from the park immediately.

"There is reason to suspect that the individual may have been placing Prince George under surveillance and monitoring his daily routines for a period of time.

"The Duke and Duchess understand the particular public role that Prince George will one day inherit, but, while he is young, he must be permitted to lead as ordinary a life as possible. No parent would tolerate the suspicion of someone pursuing and harassing their child and carer whilst their child is playing in a public park or going about their daily activities."

The statement came in response to newspaper reports that a photographer had apparently tried to take pictures of the prince in Battersea Park, Britain's PA news agency reports.

London's Evening Standard newsaper said there had also been an episode when a photographer was told to move on by police when he was seen waiting outside Buckingham Palace, where Prince George is sometimes taken to swim in the palace pool.