A New Zealand woman and her British boyfriend found shot dead on a beach in Libya were "in the wrong place at the wrong time", an inquest in the UK has heard. 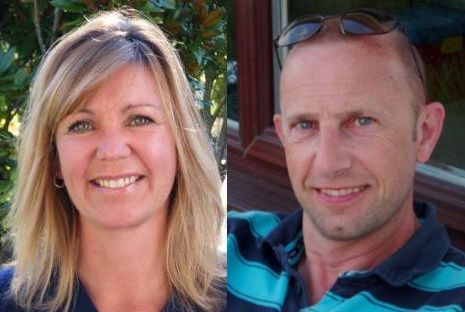 The killers of Lynne Howie and Mark Fane de Salis have not been found. Photo: FACEBOOK - Foreign & Commonwealth Office / AFP

New Zealander Lynn Howie and British man Mark Fane de Salis, 48, were found face-down in the sand near Tripoli on 2 January with had bullet wounds in the backs of their heads. Their killers were not found.

Coroner Tom Osborne he recorded a conclusion of unlawful killing at a hearing in Ampthill, the BBC reports.

"It seems Mark was working to restore infrastructure in Libya. It was unfortunate he was in the wrong place at the wrong time," Mr Osborne said.

Detective Sergeant Andy Phillips from New Scotland Yard said it was a totally motiveless crime. He said the Foreign Office asked the Metropolitan Police to act as the link between Britain and Libya.

Neither the force nor the Libyan authorities had been able to ascertain who was responsible for the deaths.

Foreign Office advice at the time was not to travel to Libya and even local police said it was an area where they would not go.

Photos taken from their camera showed the couple had been out to look at Roman ruins then had a picnic on the beach.

Ms Howie's death is still before the coroner in New Zealand.