About 500 migrants are feared dead after their ship was rammed by another boat near Malta last week, a migration body said. 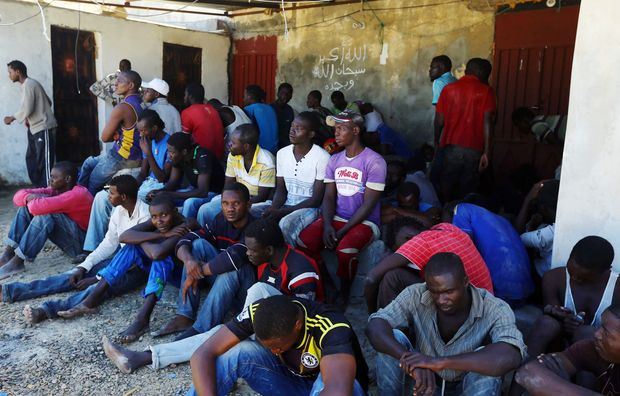 Illegal migrants rest after they were rescued by the Libyan coastguard. Photo: AFP

Two Palestinian survivors told the International Organisation for Migration (IOM) that the boat had been intentionally sunk by traffickers.

They said the boat had left Damietta in Egypt in early September.

The IOM said more than 2500 people were now believed to have drowned in the Mediterranean this year.

News of the sinking near Malta emerged as another vessel carrying 250 people sank off the coast of Libya, the BBC reported. More than 200 people are feared to have drowned in that incident.

IOM spokeswoman Christiane Berthiaume said the two survivors from the Malta sinking were rescued on Thursday, the day after their boat sank.

They said traffickers rammed the boat after a "violent confrontation" on board. The IOM said there were nine known survivors in total.

The boat had been carrying Syrians, Palestinians, Egyptians and Sudanese, the survivors said.

The passengers, who included women and children, were reportedly told to move to a smaller, less safe boat. When they refused, the traffickers sank the larger vessel, the eyewitnesses said.

The Maltese authorities have not yet commented on the incident.

Many attempt to cross from North Africa and the Middle East in unsafe and overcrowded vessels.

The UN's Andrej Mahecic told the BBC that more than half of those arriving by boat were refugees from Syria and Eritrea.