A state of emergency has been declared in northern California, after a magnitude 6 earthquake caused injuries and damaged buildings. 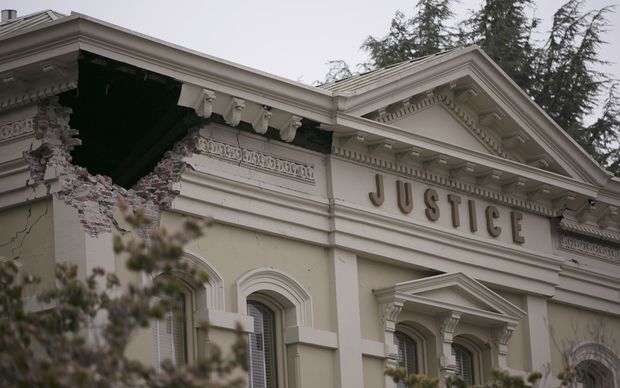 The United States Geological Survey said it struck at 3.20am local time and was centred 6km north-west of the town of American Canyon, at a depth of 10.7km.

The BBC reports that in the Napa area, at least 87 people have been taken to hospital, three of them with serious injuries; two were in intensive care and the third was a child who was injured when a chimney collapsed on their home.

Power lines were down in the Napa area, dozens of gas leaks had been reported and six mobile homes had been destroyed by fire, the Napa Fire Service said.

The service's operations manager, John Callanan, said power companies had been working with fire crews to identify gas leaks but he did not believe they were on top of the problem yet.

"People come home, they get up, they get moving, that's when we're starting to get more calls of this," he said.

"Additionally, we haven't really seen any aftershocks of significance." 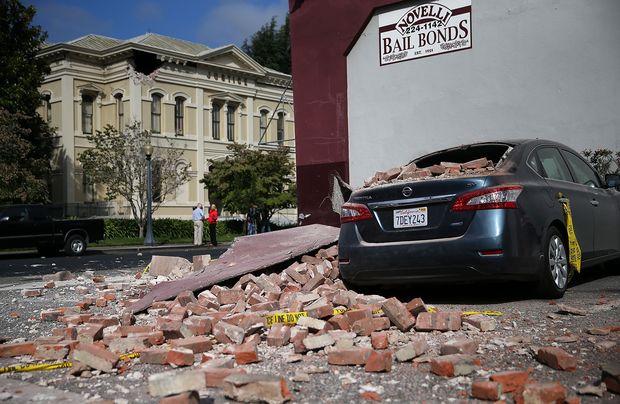 A car in bricks following a magnitude 6.0 earthquake in northern California. Photo: AFP

There had been two aftershocks measuring about magnitude 3 area but experts expected some of magnitude 5-plus would hit, Mr Callanan said.

Napa City Manager Mike Parnass said he had asked for the state of emergency to be declared so local authorities could get help from state emergency services.

"It means that we have exhausted our local resources. We need more help ... from the outside," Mr Parnass said. 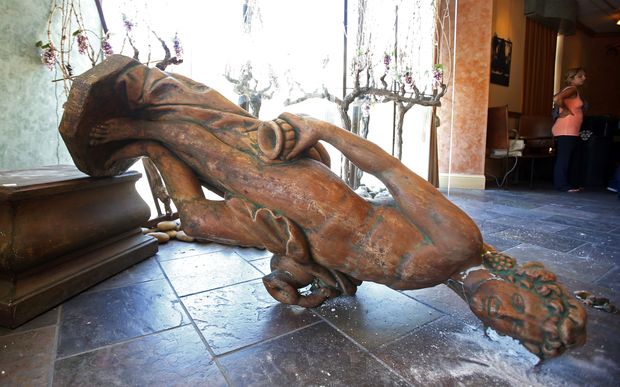 A fallen statue of Bacchus, a Roman god of wine, inside the Ceja Vineyards tasting room. Photo: REUTERS

An evacuation centre had been set up in a high school gym.

The quake was the most powerful to hit the San Francisco Bay area since the 1989 6.9-magnitude Loma Prieta earthquake.

The California Highway Patrol in the San Francisco Bay area tweeted it was "checking over crossings and bridges for obvious signs of structural integrity", and asked residents to report any signs of problems. 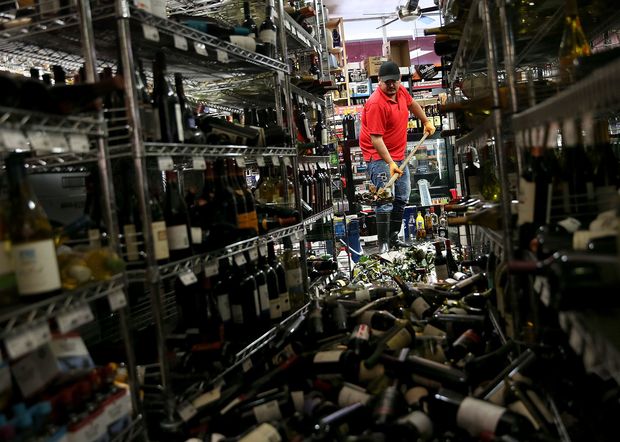 Eddie Villa cleans up wine bottles thrown from the shelves during the quake. Photo: AFP

Another Twitter user said: "I haven't felt one that big since the Northridge quake in the early 90s."

A New Zealander who was in Northern California with his family for an IndyCar race said the earthquake left a trail of destruction along the main street in downtown Napa.

Lyall Davenport said when it hit at 3.30am, his bed was like a wave, rocking back and forth, and multiple items fell off the shelves.

Mr Davenport said all the windows had blown out of stores, bricks littered the street and a large building on the corner had collapsed.

California lies on the San Andreas Fault, which forms the tectonic boundary between the Pacific Plate and the North American Plate, two of the large moving plates that form the Earth's crust.

The San Francisco earthquake of 1906 and subsequent fires devastated the city. 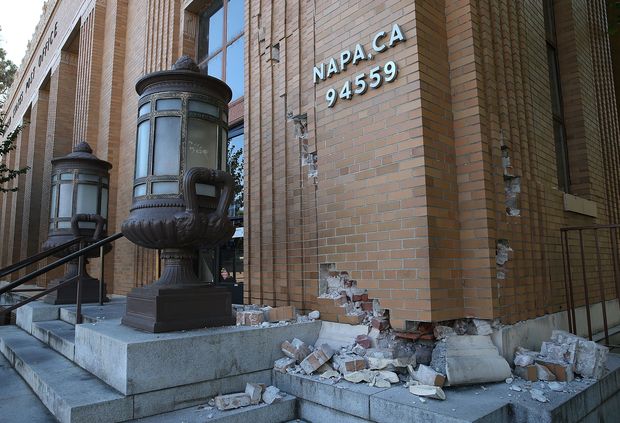 Meanwhile, a magnitude 7 earthquake has struck southern Peru. There are no reports of damage or injury.