Kurdish Peshmerga fighters in northern Iraq are in near complete control of the country's largest dam after ousting Islamic State militants, according to Kurdish officials. 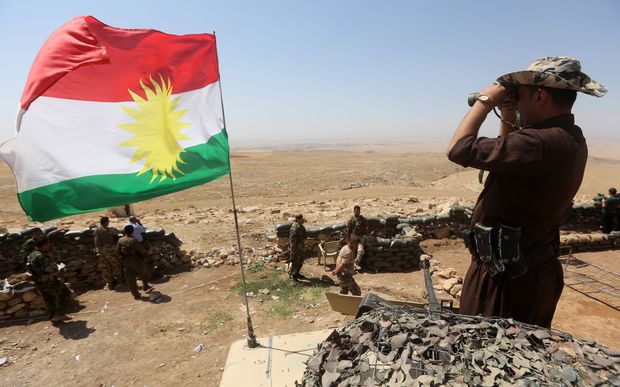 A flag of the autonomous Kurdistan region flies as Peshmerga fighters take position in Bashiqa, a town 13 kms north-east of Mosul. Photo: AFP

The BBC reports that Kurdish ground forces supported by US air strikes launched the operation to take Mosul dam yesterday.

Kurdish sources said they were still trying to clear mines and booby traps from the area round the dam, a process which could take several hours.

The strategically important facility was seized by IS militants on 7 August.

It supplies water and electricity to northern Iraq and there had been fears the IS militants could use it to flood areas downstream.

IS, formerly known as ISIS, has seized a swathe of territory in recent months in Iraq and Syria. 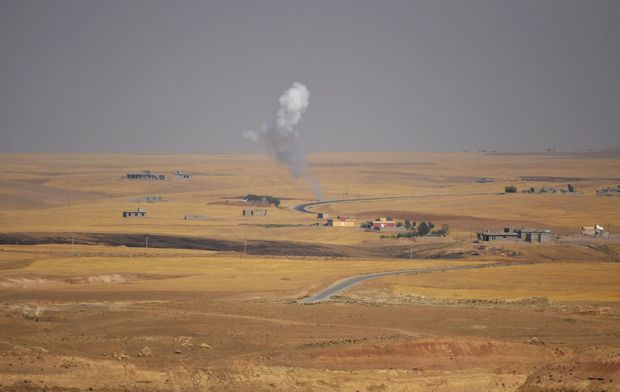 Smoke rises during clashes between Peshmerga troops and militants of the Islamic State on the outskirts of Sinjar, west of Mosul. Photo: REUTERS

The US said it destroyed or damaged 19 vehicles belonging to IS militants as well as a checkpoint in strikes round the dam on Sunday.

Hoshyar Zebari, a Kurd who until last month was Iraq's foreign minister, told the BBC that Peshmerga troops encountered "fierce resistance" in the battle for the dam.

He said the next objective was to clear IS fighters from the Nineveh plain "to ensure the return of minorities".

Thousands of Christians and Yazidis have fled their homes there in the face of the IS advance.

US special forces were on the ground helping to co-ordinate air strikes, Kurdish officials said.