A grand jury in the US state of Texas has charged Republican governor Rick Perry with abusing his powers of office. 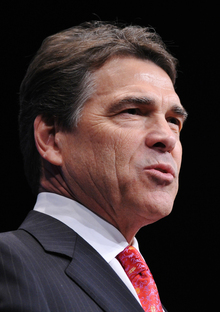 After months of investigation, a special prosecutor said there was evidence the governor broke the law by trying to force District Attorney Rosemary Lehmberg to resign by threatening to cut funding to a state anti-corruption unit which she ran.

Ms Lehmberg, a Democrat, had earlier pleaded guilty to drink driving charges but had rejected Governor Perry's calls to resign.

The BBC reports that Mr Perry said he had not broken any laws.

Abuse of office can carry punishments of between five to 99 years in prison, while coercion of a public servant carries sentences ranging from two to 10 years.

Governor Perry is the longest-serving governor in the state's history.