Israel and the Palestinians have begun a fresh five-day ceasefire in Gaza at the end of a three-day truce.

The decision - at talks brokered by Egypt - is intended to allow more substantial political negotiations aimed at resolving the deadlock between the two sides. 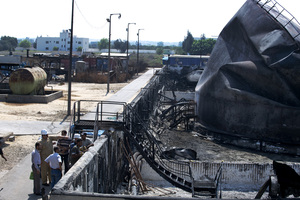 But as the ceasefire was announced, Israel launched air strikes in response to alleged rocket fire from Gaza, the BBC reports.

There were no more reports of violence overnight on Thursday, and the two sides were expected to continue indirect talks mediated by Egypt in Cairo.

The Israelis launched a military operation in Gaza on 8 July to stop militant attacks from Gaza.

Hamas, which controls Gaza and is involved in the Cairo talks, has denied its members launched rockets at Israel on Wednesday night.

There was no immediate report of casualties from either side.

The ceasefire extension was agreed in indirect talks in Cairo, minutes before an existing three-day truce expired.

Officials representing the Palestinians and the Israelis have been communicating their demands through Egyptian intermediaries. 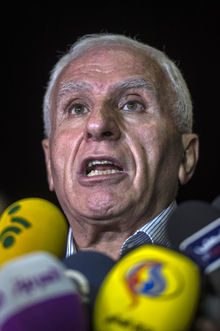 Palestinian sources say the truce extension will create a window for further negotiations. The talks are aimed at finding a more durable solution to the conflict in Gaza. But a BBC correspondent in Gaza says future talks are likely to be forbiddingly difficult.

Meanwhile, an Italian journalist, three Palestinian bomb disposal experts and two others were killed in Gaza when unexploded munitions blew up. The blast was in Beit Lahiya, a town which has seen fierce fighting during the month-long war.

About 2000 people, most of them Palestinian civilians, have died since the conflict began in June.

The United Nations Office for the Coordination of Humanitarian Affairs said by 6 August its figures showed 414 Palestinian children had lost their lives. 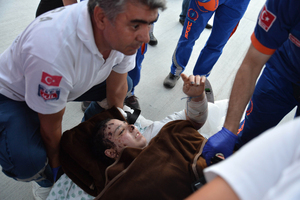 A Palestinian girl injured during the Israeli bombing of Gaza arrives in Turkey. Photo: AFP