American actress Lauren Bacall, one of Hollywood's biggest post-war stars, has died of a stroke at the age of 89. 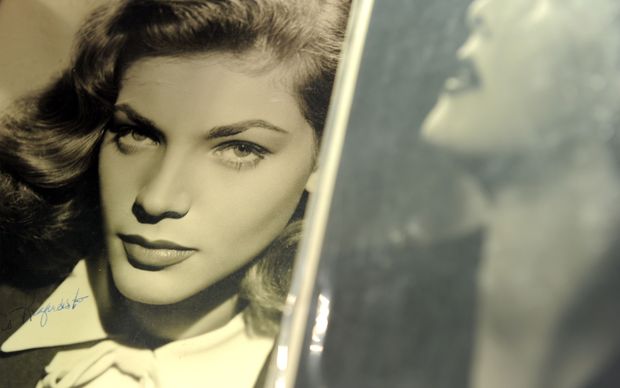 Her Hollywood career spanned seven decades, with a memorable debut aged 19 opposite her future husband, Humphrey Bogart, in To Have and Have Not.

The actress was married to Bogart from 1945 until his death in 1957. They had two children. 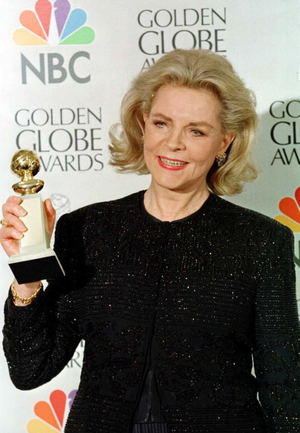 Lauren Bacall with her Golden Globe for her role in The Mirror Has Two Faces. Photo: AFP

More than 50 years later, The Mirror Has Two Faces earned her a Golden Globe Award and an Academy Award nomination.

Born in Brooklyn, New York, in 1924, she went on to become one of cinema's biggest stars, best known for her husky voice and beauty.

She was only 19 when director Howard Hawks cast her in her first movie, To Have and Have Not (1944), as an American girl who shows up at a seedy hotel in Martinique.

Bacall won a place in Hollywood history with her sexy query to Bogart, "You know how to whistle, don't you? You just put your lips together - and blow."

Much of Bacall's allure came from what was known as "The Look" - a sexy but soft glance. She explained it by saying: "I used to tremble from nerves so badly that the only way I could hold my head steady was to lower my chin practically to my chest and look up at Bogie. That was the beginning of 'The Look.'"

She had the image of a cool and tough-talking femme fatale with - as one critic said - a voice that sounded as if it had been smoked in vodka. But Bacall admitted that the reality was different.

"I am looked upon as a woman who's in total control and command of every situation, and that I don't need anyone and I've got all the answers - just like all those parts I play. Well - as we all know - no one's that sure of themselves, I don't think. And if they are, I don't want to meet them."

After Bogart's death in 1957 at age 57, Bacall had a well-publicized affair with Frank Sinatra and a stormy eight-year marriage to actor Jason Robards that produced a son, Sam, who would become an actor.

In 2009, the Academy of Motion Picture Arts and Sciences awarded her an honorary Oscar "in recognition of her central place in the Golden Age of motion pictures."

A Twitter account of the Bogart estate, run by Bacall's son, tweeted: "With deep sorrow, yet with great gratitude for her amazing life, we confirm the passing of Lauren Bacall."