Israel has launched more than 30 air attacks in Gaza, killing nine Palestinians, and Hamas militants are continuing to fire rockets at Israel as the conflict enters a second month. 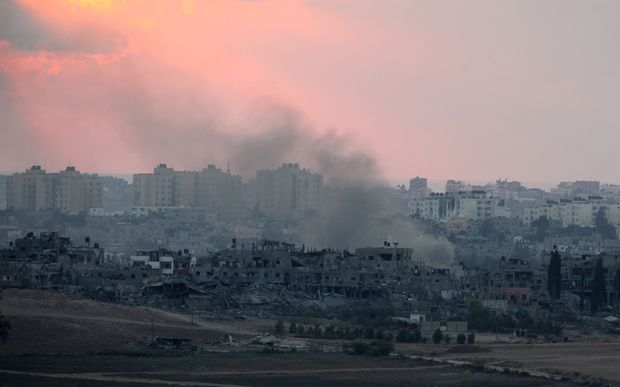 The violence is hindering any progress in talks brokered by Egypt aimed at securing a permanent truce.

An Israeli official said there are no plans to send negotiators back to Cairo as long as the shooting goes on.

Militants have fired more than 100 rockets at Israel since the end of a 72-hour truce on Friday, the Israeli military officials said.

The death toll in Gaza now stands at more than 1900, mostly civilians and the United Nations estimates nearly 65,000 people in Gaza have had their homes destroyed in recent weeks.

Egypt, helped by American and European mediators, has made no visible progress toward resuming a 72-hour ceasefire that halted the fighting between Israel and Gaza militants that began on July 8.

The ceasefire expired on Friday with the sides still far apart on the terms for renewing the deal and each side blaming the other for refusing to extend it.