The US military says it has carried out four new air strikes on militants to defend civilians in northern Iraq.

US Central Command said jet fighters and drones had destroyed armoured carriers and a truck that were firing on members of the Yazidi sect. 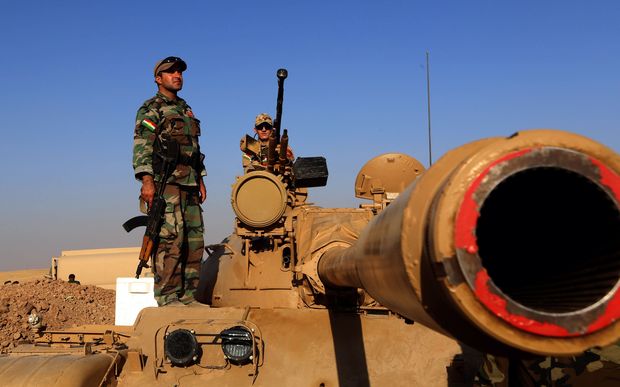 Iraqi Kurdish Peshmerga fighters take on the front line in Khazer, near the Kurdish checkpoint of Aski kalak. Photo: AFP

Thousands of civilians fled into the mountains after the Islamic State (IS), formerly known as Isis, overran the town of Sinjar a week ago.

The BBC reports this is the third round of US air strikes since they were authorised by President Barack Obama.

The previous strikes targeted IS (formerly known as Isis) forces threatening the Kurdish city of Irbil.

A US military statement said the latest strikes had been defending members of the Yazidi religious group who were being "indiscriminately attacked" near Sinjar.

It said a mix of fighter jets and drones destroyed an IS armoured personnel carrier (APC) that was firing on civilians.

The statement said US aircraft then monitored movement of other APCs and an armed truck and attacked them.

The series of strikes is the first time US forces have been directly involved in a military operation in Iraq since they withdrew from the country in late 2011.

The Pentagon also said a third US air-drop of food and water had been made on Saturday night to refugees on Mt Sinjar.

One C-17 and two C-130 cargo aircraft dropped a total of 72 bundles of supplies.

Pentagon spokesman Rear Admiral John Kirby told the BBC it had been assessed that all 72 had "got into the right hands".

France and Britain have also announced that they will deliver aid consignments.

French Foreign Minister Laurent Fabius is travelling to Baghdad and Irbil for talks on Sunday.

On Saturday, President Obama warned it was "going to take some time" to help Iraqis overcome the jihadist-led Sunni rebellion and stabilise their country.

It would be a "long-term project" to revamp and resupply the military and build support among Sunnis, he said.

Mr Obama stressed that progress would depend on Iraqis coming together and forming an inclusive government. 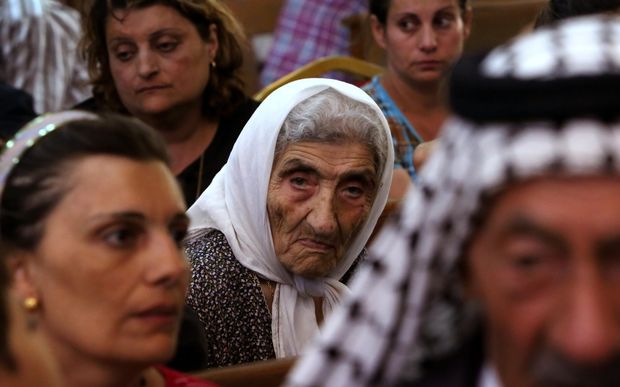 Iraqi Christians who fled violence in Qaraqush, resting on their arrival at the Saint-Joseph church. Photo: AFP