British Airways has suspended flights to Liberia and Sierra Leone until the end of August over concerns about the Ebola outbreak in West Africa.

The carrier normally operates a four-times-a-week service from Heathrow to Freetown in Sierra Leone, with a connection on to Monrovia in Liberia, the BBC reports.

British Airways said the safety of its customers, crew and ground teams was its top priority.

Nearly 900 people have died of the haemorrhagic fever since February, in Liberia, Sierra Leone and Guinea - and Nigeria has recently confirmed its first cases.

Bodies 'dumped' on streets in Liberia

Relatives of Ebola victims in Liberia have defied government quarantine orders and dumped infected bodies in the streets, Reuters reports.

West African governments are struggling to enforce tough measures to curb the virus, in what has been described as the world's deadliest outbreak to date.

The outbreak is spreading quickly in Sierra Leone and Liberia where troops have been deployed to quarantine border areas.

Meanwhile, in Nigeria, which recorded its first death from Ebola in late July, authorities say eight people who came into contact with US citizen Patrick Sawyer, who died of the disease, are now showing signs of it.

The virus has no proven cure and the death rate in the current epidemic is about 60 percent. 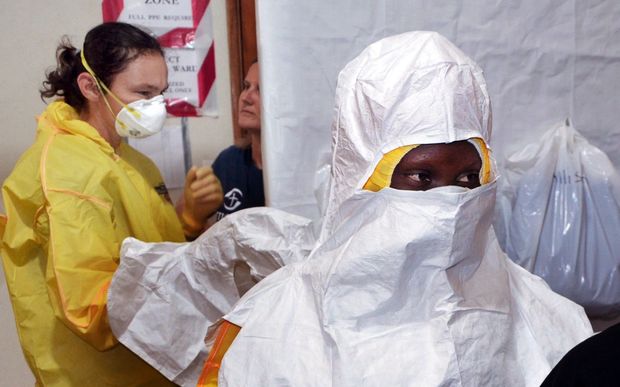 Staff of charity Samaritan's Purse put on protective gear at a hospital in Liberia, which is one of several countries battling West Africa's deadly Ebola outbreak. Photo: AFP