The militant wing of Hamas has said it has no information about an Israeli soldier who Israel said was captured in Gaza.

Israel has vowed to respond with "crushing force" but Hamas said it has lost contact with a group of its fighters in the area where the soldier disappeared and believes he and the fighters have been killed in an Israeli bombardment. 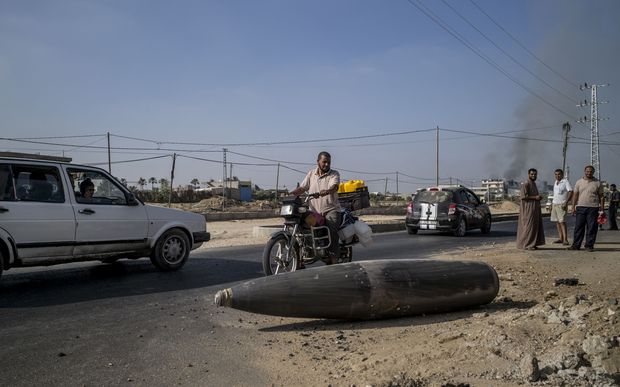 Israeli airstrikes have continued into the early hours of Saturday morning, with Gaza health officials saying nearly 100 Palestinians had been killed following the collapse of a ceasefire, the BBC reports.

Earlier, US President Obama described the crisis as "heartbreaking".

He also said efforts will be made to re-establish the ceasefire that collapsed on after barely two hours. Each side is blaming the other for breaking it.

The truce followed a heavy exchange of fire in the in the southern city of Rafah where at least 53 Palestinians were killed and two hundred wounded.

Israeli foreign affairs spokesman Yigal Palmor said that Israeli forces had retaliated after being attacked in what seemed like a planned move by Hamas.

"There was a full-scale attack on an Israeli unit and this unit had to respond," he said. 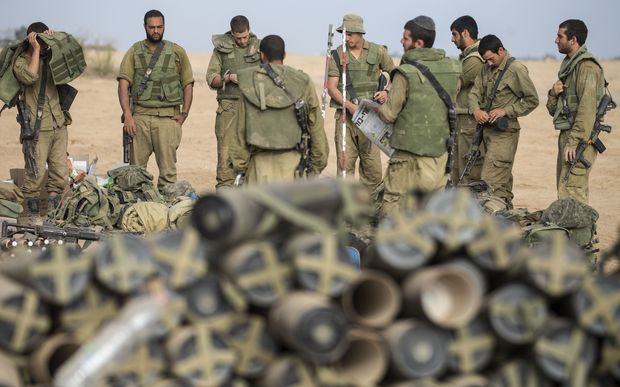 Israeli soldiers on the southern Israeli border with the Gaza Strip after the proposed three-day truce collapsed. Photo: AFP

But Hamas spokesman Fawzi Barhoun said: "The Israelis are the ones who breached the ceasefire, and the Palestinian resistance acted in a way that ensures its right of self-defence."

Another Hamas official said the announcement of the soldier's capture was "a justification for Israel retreating from the truth and a cover-up for massacres". 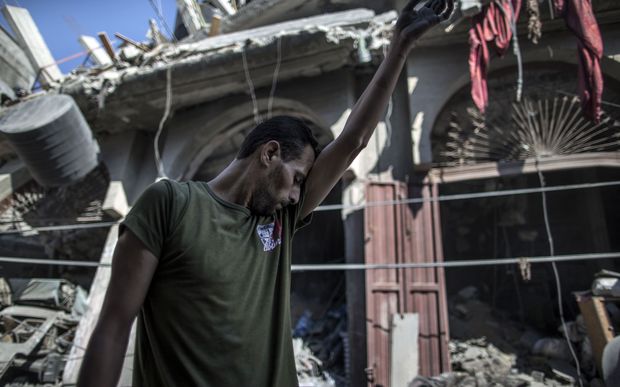 A Palestinian man walks amidst debris in the Bureij refugee camp in the central Gaza Strip during the first hours of a failed truce. Photo: AFP

An Israeli soldier captured by Palestinian militants in 2006 was held for five years.

Some 1,500 Palestinians, mostly civilians, have now died in the latest conflict, and 8,400 have been injured, according to Gaza's health ministry.

Sixty-one Israeli soldiers have died, as well as three civilians in Israel.

The latest conflict comes after the abduction and killing of three Israeli teenagers in June, blamed by Israel on Hamas, which denied being behind the killings.

Tensions rose further after the suspected revenge killing of a Palestinian teenager in Jerusalem on 2 July, after which six suspects were arrested.

After a series of Israeli air strikes in which several members of Hamas' armed wing were killed, Hamas claimed responsibility for firing rockets out of Gaza for the first time in 20 months.

The next day, Israel launched Operation Protective Edge, which it said was aimed at stopping rocket attacks and destroying Hamas' capabilities.