World governments are starting to take measures to prevent the further spread of the Ebola outbreak in West Africa.

Doctors Without Borders (MSF) said the crisis gripping Guinea, Liberia and Sierra Leone will only get worse and warned there is no overarching strategy to handle the world's worst-ever outbreak of the disease. 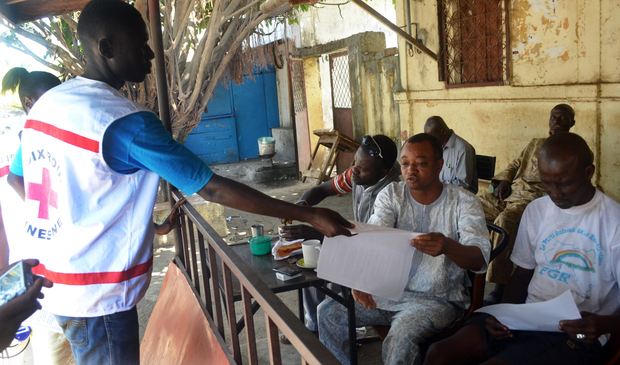 In Britain, Foreign Secretary Philip Hammond said his government viewed the outbreak as a very serious threat to Britain, and has held a crisis meeting with the government's emergency committee. Earlier this month Public Health England issued an alert to UK doctors to be aware of symptoms of the haemorrhagic fever.

Authorities in Hong Kong have said they would quarantine as a precautionary measure any visitors from Guinea, Sierra Leone and Liberia who showed fever symptoms.

Several West African airlines have now stopped flying to Liberia and Sierra Leone amid concerns about the spread of the disease to those countries from Guinea.

Since March, there have been 1201 cases of Ebola and 672 deaths in Guinea, Liberia and Sierra Leone, according to the World Health Organisation (WHO).

The move by airlines comes after an infected American man of Liberian descent was found to have flown from Liberia to Nigeria last week. He developed symptoms during the flight. 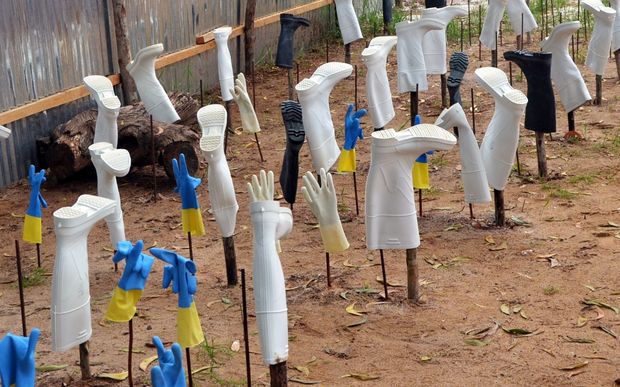 Protective gear including boots and gloves drying outside a hospital in the Liberian capital Monrovia. Photo: AFP

Liberia on Wednesday announced the quarantine of a number of communities and the closure of schools across the country. Security forces were ordered to enforce the measures, part of an action plan that included placing all non-essential government workers on 30-day compulsory leave.

The assistant minister for disease prevention at the Liberia's Health for Health said it was essential to stop the outbreak.

"This has become an humanitarian crisis." said Tolbert Nyenswah. "If we don't manage this in the region there could be a global health crisis."

Ebola can kill victims within days, causing severe fever and muscle pain, vomiting, diarrhoea and, in some cases, organ failure and unstoppable bleeding.