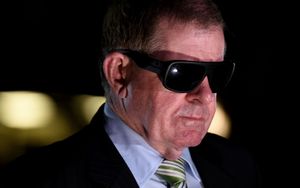 Peter Slipper will be sentenced in September. Photo: AAP

Slipper was convicted of three counts of dishonesty in the ACT Magistrates Court in Canberra on Monday over the misuse of his parliamentary Cabcharge allowance.

A hearing began last week into charges that Slipper misused it on three occasions, including to wineries in 2010 before he was appointed Speaker.

The total bill for the three trips was believed to be just more than $A900, the ABC reports.

On the first occasion in January 2010, Slipper visited up to six premises including the prestigious Poachers Pantry and Clonakilla wineries.

A hire car driver gave evidence that he drove Slipper and another man to several wineries and at the end, Slipper asked him if they could split the payment up into four amounts "because it would make processing easier".

The court also heard evidence from a second hire car driver, who drove Slipper to wineries on two other occasions.

Chief Magistrate Lorraine Walker on Monday found that Slipper falsely recorded the travel he took on those three days and that he gave a disingenuous description of the trips. He will be sentenced on 22 September.