A late-night meeting of the United Nations Security Council has called for an immediate and unconditional ceasefire in Gaza.

The UN on Sunday urged Israel and Hamas to allow the delivery of much-needed assistance to civilians. US President Barack Obama has also made a similar call. 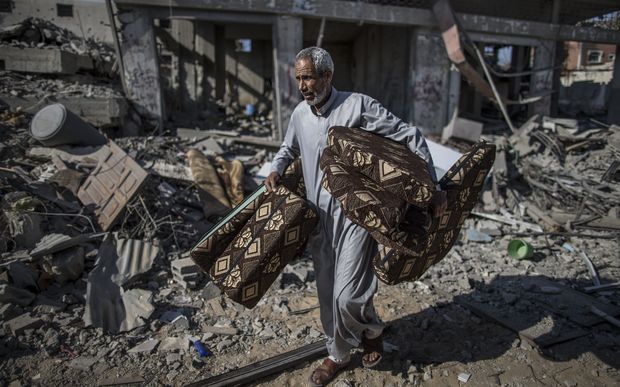 A Palestinian salvages cushions found in the rubble of destroyed buildings in the Shejaiya residential district of Gaza City. Photo: AFP

The Security Council's acting president, Rwanda delegate Eugene Gasana, said a ceasefire is needed so that humanitarian aid can be provided.

The council unanimously adopted a statement urging Israel and Hamas to try to achieve a durable and fully respected halt to hostilities.

But both sides criticise the statement. The Palestinians say it falls short of demaning a withdrawal of Israeli forces from Gaza, while the Israelis say there is no mention of their right to defend themselves from rocket attacks.

Earier in the day Israel and Hamas continued to attack each other, each accusing the other of violating temporary ceasefires.

Hamas had called the humanitarian truce on Sunday, saying it was initiated in response to the end of Ramadan and appeals by UN mediators. However, it has fired more rockets into Israel.

Israel rejected the truce and Prime Minister Benjamin Netanyahu said any peace offer by Hamas could not be trusted, the BBC reports.

"You know we've accepted five ceasefires, acted upon them. Hamas has rejected every single one of them, violated them, including two humanitarian ceasefires, which we accepted and implemented in the last 24 hours. Now Hamas is suggesting the ceasefire and, believe it or not, they've even violated their own ceasefire."

Mr Netanyahu also reiterated that Israel would "do what it must do to defend its people".

At least 1030 Palestinians, mostly civilians, have died in the Israeli bombardment. Forty-three Israeli soldiers have also been killed, along with three civilians in Israel.

The Gaza health ministry revised the number of Palestinian dead down by 30 after some relatives found missing family members. 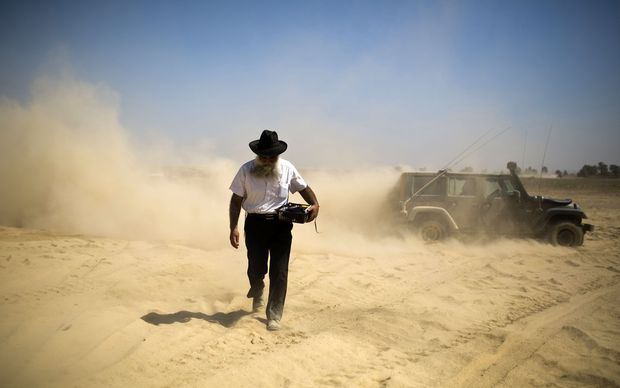