The United Nations says an aid convoy has entered Syria from Turkey without Syrian government consent.

The vehicles carried food, shelter, water purification and sanitation supplies that would be delivered to rebel-held areas.

Up until now, almost 90 percent of UN aid in Syria has gone to parts of the country controlled by the government - all of it had to pass through Damascus, the BBC reports.

But last week, the Security Council agreed unanimously on a new resolution allowing for humanitarian supplies to enter the country at four crossing points along the border with Turkey, Iraq and Jordan without waiting for the green light from Damascus. 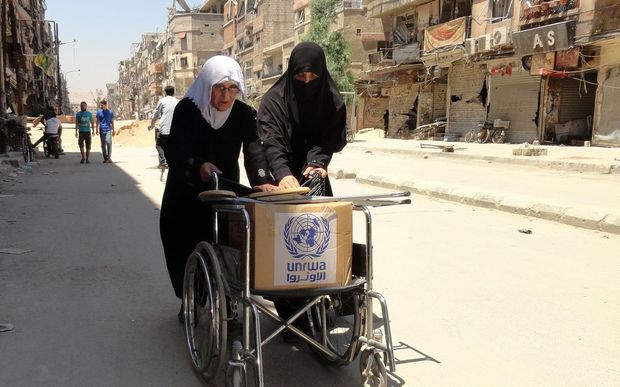 Residents of the Yarmuk Palestinian refugee camp, south of Damascus, with food distributed by the UN earlier in July. Photo: AFP