The wreck of a plane which disappeared with 116 people on board on a flight from Burkina Faso to Algiers has been found in Mali, officials say.

The Burkina Faso army said the plane, operated by Algeria's national airline Air Algerie, had crashed about 50km from the Burkinabe border, the BBC reports. 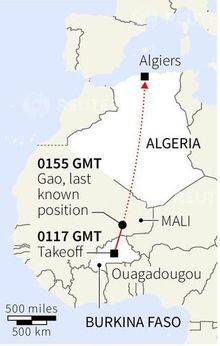 Air Algerie said it lost contact with flight AH5017 early on Thursday morning about 50 minutes after it took off from Burkina Faso on what should have been a four-hour flight across the Sahara Desert.

The plane, with 110 passengers and six crew, was chartered by Air Algerie from the Spanish airline Swiftair.

French President Francois Hollande cancelled a planned visit to overseas territories and said all military means on the ground would be used to locate the aircraft.

Two French Mirage warplanes had been scouring the vast desert area around the northern Malian city of Gao for the aircraft, which had 51 French nationals on board.

Gilbert Diendere, a close aide to Burkina Faso president Blaise Campaore, said the burnt-out remains of the plane have been located just over the border in Mali and there were no survivors. 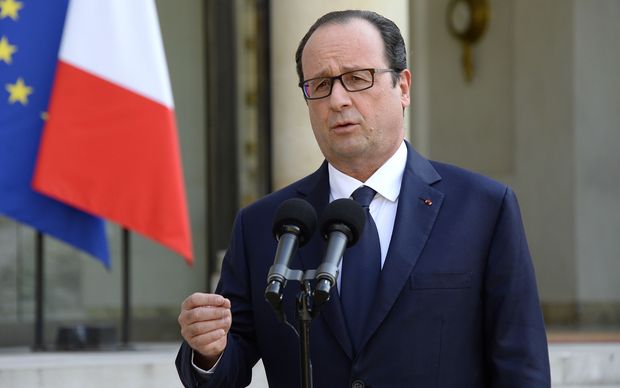 French President Francois Hollande said all military means on the ground would be used to locate the aircraft. Photo: AFP

Algerian authorities said the last contact they had with the plane was at 0155 (GMT), when it was flying over Gao in Mali.

Issa Saly Maiga, a diplomat in the Malian capital Bamako said the north of the country - which lies on the plane's likely flight path - was struck by a powerful sandstorm overnight.

An airline source said the plane was not far from the Algerian frontier when the crew was asked to make a detour because of poor visibility and the possibility of a collision with another plane. Contact was lost shortly afterwards, the BBC reports.