A TransAsia Airways plane crashed on its second attempt at landing during a thunderstorm on an island off Taiwan, killing 47 people and setting buildings on fire. 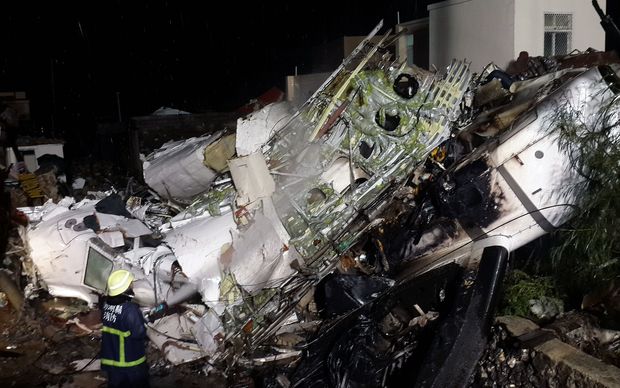 The plane crashed during a thunderstorm. Photo: AFP / Apple Daily

The ATR 72 turboprop crashed on Wednesday near the runway on the island of Penghu, west of the mainland, with 54 passengers and four crew on board. 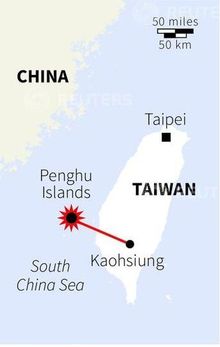 Eleven injured people on the plane were taken to hospital, the government said. No one was killed or hurt in the buildings.

The aircraft took off from Taiwan's southern city of Kaohsiung, headed for the island of Makong, but crash-landed in Huxi township of Penghu County, the main island of the chain also known as the Pescadores, Reuters reports.

The Penghu Fire Bureau said empty apartment buildings adjacent to the runway caught fire, but no one was inside at the time.

According to an official at the Civil Aeronautics Administration, air traffic control reported that the inclement weather at the time of the crash did not exceed international regulations for landing. Visibility was 1600 metres and the cloud cover was as low as 600 metres.

TransAsia Airways is a Taiwan-based airline with a fleet of around 23 Airbus and ATR aircraft, operating chiefly short-haul flights on domestic routes as well as to mainland China, Japan, Thailand and Cambodia, among its Asian destinations.