An international Aids conference opening in Melbourne on Saturday has been rocked by the loss of 108 Aids activists and health workers killed in the Malaysia Airlines disaster.

They were all on their way to the conference. 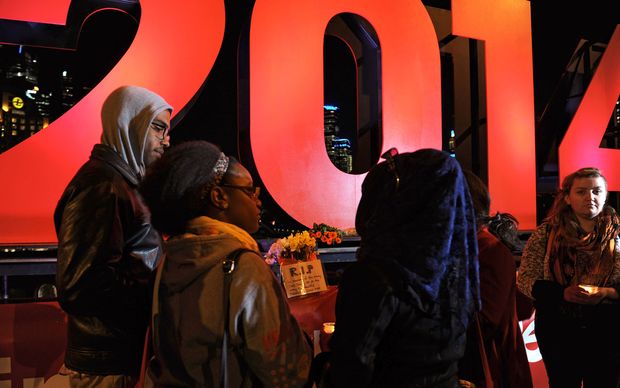 Delegates gather at the Melbourne AIDS conference on hearing that many participants had died on the downed Malaysia Airlines flight. Photo: AFP

Former US president Bill Clinton, one of the key speakers at the event, has called the researchers martyrs in the fight against the disease.

The New Zealand Aids Foundation's executive director, Shawn Robinson, agrees, and said the loss is a tragic blow but the fight against the disease would continue.

"It won't dominate the spirirt of the conference, these people were totally dedicated to combatting the HIV epidemic."

Among those who died in the disaster were two English football fans on their way to follow Newcastle United on a tour of New Zealand next week.

The club said John Alder and Liam Sweeney were two of the club's most loyal supporters.

Mr Alder had barely missed a single game for almost half a century, while Mr Sweeney volunteered as a steward on supporters' buses.

The club's managing director, Lee Charnley, said the club is devastated at the news and the team's manager and players will wear black armbands for their games against Sydney FC and Wellington Phoenix.

There will also be a tribute to the two men at the club's first Premier League game of the new season against Manchester City on 17 August.