United Nations chief Ban Ki-moon is due in the Middle East in an effort to broker a truce between Israel and Hamas fighters in the Gaza Strip.

It comes as Israel prepares to intensify a ground operation inside the Palestinian territory aimed at stemming rocket fire on day 12 of the bloodiest conflict since 2009.

The ground offensive of Israeli troops and tanks follows more than a week of airstrikes on the Gaza Strip which have killed more than 300 Palestinians. Hamas has fired back hundreds of rockets.

The Israeli military has been instructed to hit what are described as "terror tunnels" from Gaza into Israel. 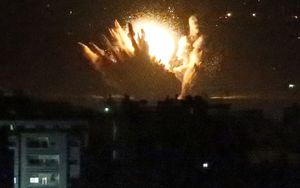 Eyewitnesses and Gaza residents reported heavy artillery and naval shelling along the border.

Fifteen Palestinians were reported killed in two incidents on Saturday morning, including a family of eight.

Earlier, officials in Gaza said 65 Palestinians, at least 15 of them under the age of 18, had been killed since Israel sent ground troops into the densely populated enclave of 1.8 million people two days ago.

Palestinian President Mahmoud Abbas has called on Israel to stop its ground operation, saying it would lead only to more bloodshed and complicate efforts to end the conflict.

The United Nations and the United States have urged Israel to do more to prevent civilian casualties in Gaza.

UN Secretary General Ban Ki Moon is due in the region on Saturday to try to mediate between Israel and Hamas.

"Israel has legitimate security concerns, and we condemn the indiscriminate rocket fire from Gaza into Israel. But we are alarmed by Israel's heavy response," Mr Feltman added.

Mr Netanyahu has warned of a "significant expansion" of the offensive but Hamas, the Palestinian group that controls Gaza, said Israel would "pay a high price" for the invasion.

US President Barack Obama has backed Israeli's right to self-defence, but warned against escalation.

Speaking to Prime Minister Benjamin Netanyahu on Friday, he said he was "deeply concerned" about civilian losses.

Another 15 Palestinians were reported killed in two incidents on Saturday morning, including a family of eight.

There was a five-hour humanitarian truce on Thursday but exchanges of fire resumed when it ended.

Israel said it has carried out more than 1,960 attacks on Gaza since 8 July, while militants have fired some 1,380 rockets at Israel.

The UN said at least 1,370 homes have been destroyed in Gaza and more than 18,000 people displaced in recent hostilities. 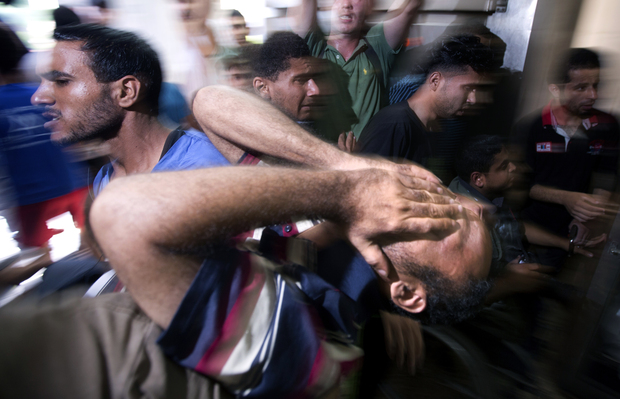 A relative of the four Palestinian boys killed by Israeli bombing of a Gaza beach. Photo: AFP

New Zealand's Foreign Affairs Minister is repeating calls for an immediate ceasefire between the Israelis and Palestinians.

Murray McCully said both sides need to show restraint to de-escalate the situation.

He said civilian deaths are unacceptable and further casualties must be prevented.