The wrecked Italian cruise ship Costa Concordia is being raised in one of the biggest maritime salvage operations in history. 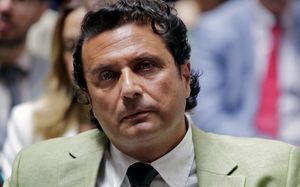 The Concordia struck a reef off the Italian island of Giglio in January 2012 and capsized, killing 32 people.

The wreck was hauled upright in September last year, but is still partially submerged, resting on six steel platforms.

Workers began on Monday to slowly lift the vessel by pumping air into tanks attached to the ship. The refloating operation is expected to take six or seven days and the ship will then be towed to its home port, Genoa, where it will be scrapped, the BBC reports.

Hundreds of divers and engineers have been involved in operations to salvage the Concordia, which is twice the size of the Titanic.

Meanwhile, the captain of the ship, Francesco Schettin is on trial in Grosseto in Tuscany, charged with manslaughter, causing a maritime disaster and abandoning ship. He denies all charges. 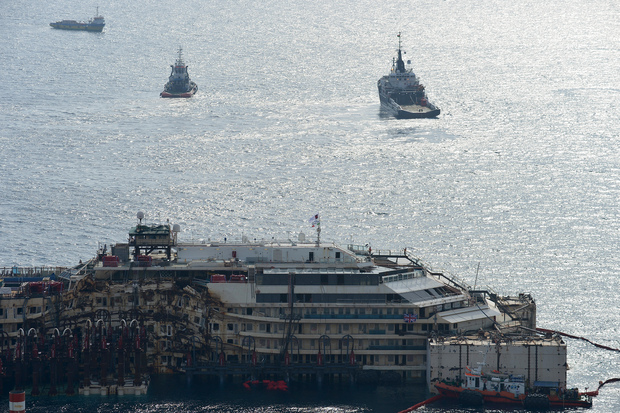 Refloating the Costa Concordia is expected to take up to a week. Photo: AFP