Jubilant Germans have taken to the streets, lighting fireworks, hugging strangers and sounding car horns as they revel in their first World Cup football win in 24 years.

Germany beat Argentina 1-0 in the final in Rio de Janeiro after a goal in extra time on Sunday night (local time) at the sprawling Maracana stadium. 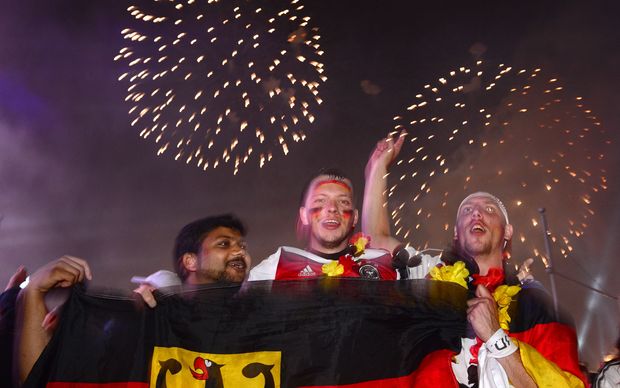 Fans celebrate as fireworks were let off near the Brandenburg Gate in Berlin. Photo: AFP

Germany went into Sunday's final as strong favourites after demolishing Brazil in the semi-finals but had to shed blood, sweat and tears to see off a resilient Argentina side that was left to rue at least three golden opportunities to score.

The win, sealed by substitute Mario Goetze's brilliantly taken strike in the 113th minute, marked the first time a European country had won the sport's greatest prize in the Americas, Reuters reports.

In Berlin, 300,000 fans braved torrential rain and thunder storms to watch the match in the city's massive fan zone. After the game, they streamed down the famous Kurfuerstendamm, waving flags and umbrellas in celebration, the BBC reports.

The moment the final whistle went, the celebrations started. Fireworks exploded into the Berlin sky, over a crowd estimated at 500,000 people. For 113 minutes, German fans were subdued, as they feared they would be deprived of the first World Cup for a united Germany.

When Goetze broke the deadlock at the stadium, Chancellor Angela Merkel jumped for joy. 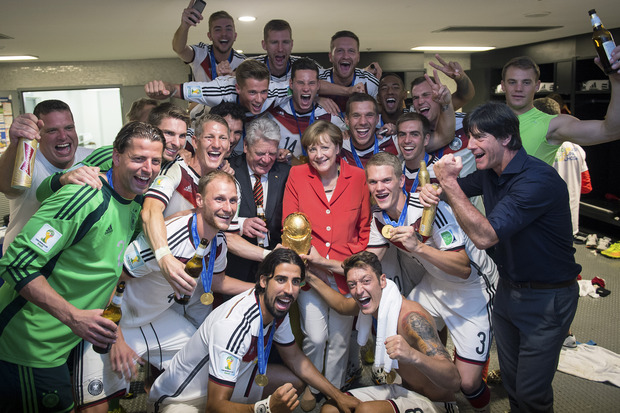