Israel is pounding Palestinian militants in the Gaza Strip for a fifth day, killing nine people including two disabled women according to medics, despite international pressure to negotiate a ceasefire. 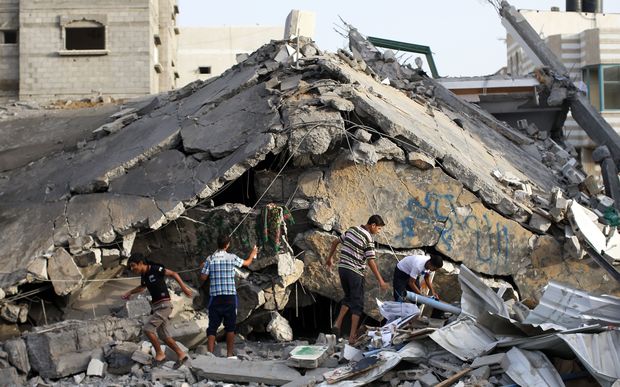 Palestinian men inspect the rubble of a destroyed mosque after an Israeli military strike in the Nusseirat refugee camp in the central Gaza Strip. Photo: AFP

When asked about a possible ground war, Prime Minister Benjamin Netanyahu said they were weighing all possibilities.

Israel says it is acting to stop militant rocket fire and says no international pressure will change that.

Reuters reports it is the worst flare-up in Israeli-Palestinian violence in almost two years.

Gaza medical officials said at least 76 civilians, including 24 children, were among 115 people killed so far in the aerial bombardments on the narrow 40km-long, strip into which nearly 2 million people are packed. 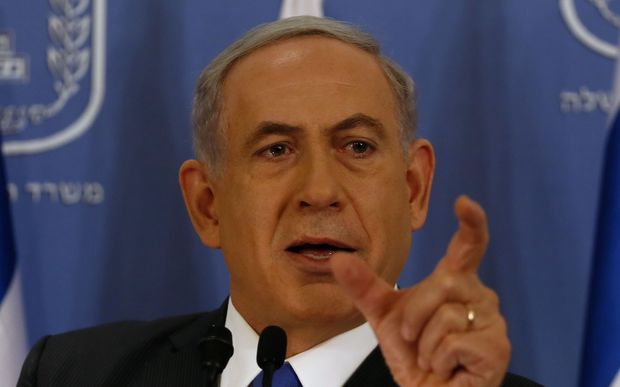 Benjamin Netanyahu, said Israel will not give in to international pressure to halt its campaign in Gaza. Photo: AFP

It said militants had fired almost 700 projectiles into Israel.

In Israel, a Palestinian rocket seriously wounded one person and injured another seven when it hit a fuel tanker at a service station in Ashdod, 30km north of Gaza.

Washington affirmed Israel's right to defend itself in a statement from the Pentagon on Friday. But Defence Secretary Chuck Hagel told Israeli Defence Minister Moshe Ya'alon he was concerned "about the risk of further escalation and emphasized the need for all sides to do everything they can to protect civilian lives and restore calm", a Pentagon statement said.

But Israel said it was determined to end cross-border rocket attacks that intensified last month after its forces arrested hundreds of activists from the Islamist Hamas movement in the West Bank after the abduction there of three Jewish teenagers who were later found killed. A Palestinian youth was then killed in Jerusalem in a suspected revenge attack by Israelis. 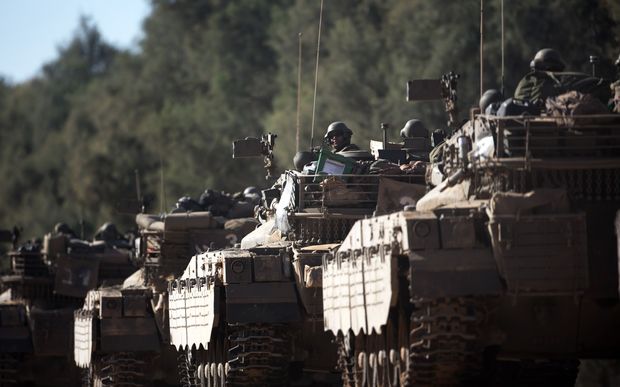 A convoy of Israeli Merkava tanks roll near Israel's border with the Gaza Strip on July 11. Photo: AFP