Serbian Novak Djokovic has won a second Wimbledon title after coming out on top in an extraordinary battle of wills against seven-times winner Roger Federer. 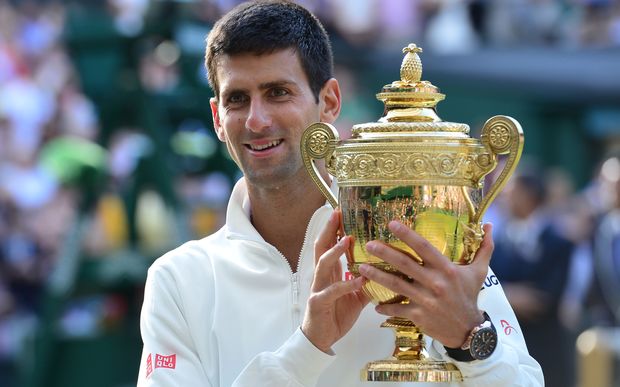 Djokovic, who has now won seven grand slam titles, denied Federer the opportunity to win a record eighth All England Club trophy but was pushed all the way by the Swiss who faced a match point in the fourth set before forcing a decider.

Djokovic eventually wrapped up the contest that will go down as one of the greatest Wimbledon finals in three hours and 56 minutes, falling to the ground in celebration before climbing to the players' box to greet his camp with an emotional embrace.

"After losing the fourth set it wasn't easy to go on and win the fifth set, I don't know how I did it," Djokovic told the BBC.

"This is the best tournament in the world and the one I always wanted to win so to be able to compete at such a high level I am so grateful."